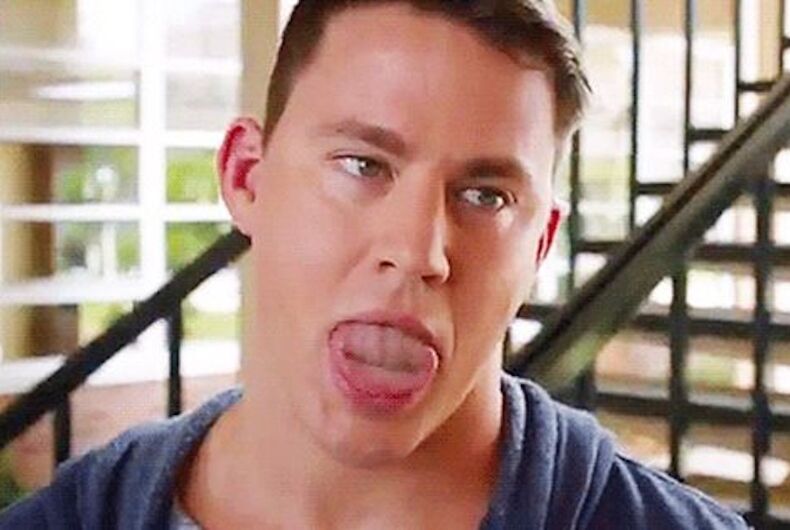 Cisgender actor Channing Tatum has decided to insert himself into the controversy over transphobic comedian Dave Chappelle for some reason.

“I understand that Dave is a very dangerous person to talk about at the moment,” Tatum wrote in a recent Instagram post.  “I understand and hate that he has hurt so many people with things he has said. Any human can hurt someone (usually cause they’re hurt) but any human can heal and heal others just the came.”

Related: Channing Tatum dons fairy wings & tells dads to “be as magical as you can”

Tatum then posted Chappelle’s acceptance speech from when he received the 2019 Mark Twain Prize for humor at the Kennedy Center.

“This little piece healed me back in the day,” Tatum said. “I can’t forget that.”

In Chappelle’s speech, he said that his mother taught him, “Sometimes you have to be a lion so you can be the lamb you really are.” In other words, sometimes you have to fight for what you believe in order to live peacefully. Elsewhere in his speech, Chappelle said that the point of the comedic art form is to be “understood” rather than agreed with.

Tatum added, “This does not excuse anything hurtful tho to be clear.”

Presumably, Tatum wanted to build a healing bridge of connection between Chappelle’s fans and trans people and allies who felt hurt by Chappelle’s recently released Netflix comedy special The Closer.

In Chappelle’s special, he announced that he is a transgender exclusionary radical feminist (TERF) and misrepresented author J.K. Rowling’s transphobic views. He also launched into a derogatory diatribe about transgender women’s genitals and told a story about Daphne Dorman, his supportive trans friend who killed herself after online critics slammed her approval of Chappelle’s anti-trans humor.

But Tatum’s post isn’t likely to achieve anything other than to draw attention to himself. He has interjected himself into a larger fight about the dignity of trans people and how large broadcasters erode it by airing anti-trans views. As a wealthy, white, cisgender man, Tatum has few actual stakes in the fight.

Meanwhile, Netflix’s CEO has said that it won’t drop Chappelle because he’s too profitable and his words don’t actually create real-world violence. The company also recently fired a Black trans employee who was organizing an intra-office protest against The Closer.