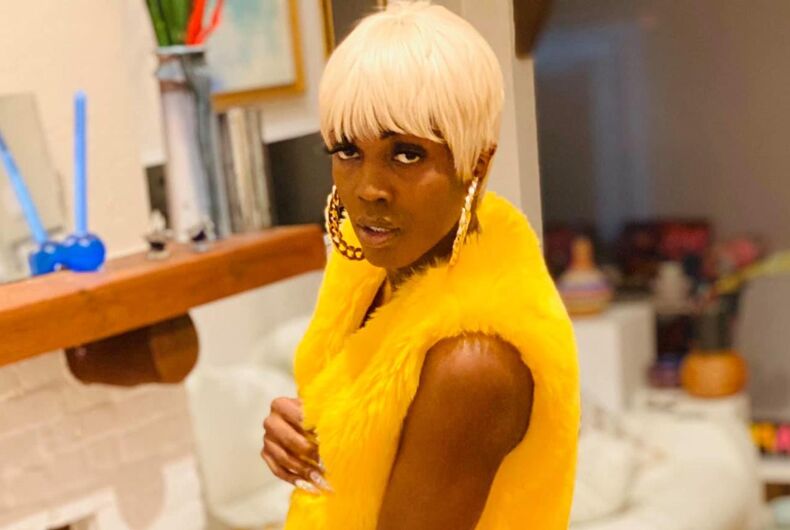 Police and media initially misgendered Starz, leaving LGBTQ media outlets uninformed about her murder for weeks. So far, no one has been arrested for her murder.

Related: Professor wins back job in historic victory after she was fired for being transgender

Fox told South Florida Gay News (SFGN) that she felt angry about her friend being misgendered.

“I changed HER name because she’s trans to Royal Poetical Starz, which is what Facebook and Instagram says,” Fox said. “That’s also what she’s recognized as at the medical examiner’s office. But it appears they aren’t even recognizing her as trans.”

It’s unclear if Starz had also changed the gender markers on her official government identification documents.

Starz will be buried on Friday in her birthplace of Omaha, Nebraska. As of October 18, a GoFundMe to help pay for her funeral expenses has only raised $1,131 of its $8,000 goal.

“She left a lasting impression on everyone that she met,” the crowdfunding page said. “Her infectious smile and bigger-than-life personality brightened every room that she walked into. Her personality was so magnetizing that it was not uncommon for her to get flattering comments from random strangers.”

“She was an ambitious and talented singer that produced many beautiful recordings,” the page continued. “She is described by many as a person that would go out of her way to help others when they needed it the most. She enriched many lives and will be deeply missed. Unfortunately, we will never get to hear her sing again or become the Star that she was destined to be.”

Starz graduated from Florida Career College vocational school with her bachelor’s degree in business in July. She celebrated her birthday on May 26. Before transitioning, Starz was married to a man named Bruce Yoder who died of natural causes at age 81 in late 2019.

“These are not all happening in the middle of the night, the dark of the night,” Kerr said. “It’s a little shocking how brazen and public some of these murders have taken place.”

“I wonder if that is due to the increasing harassing, and drama inflicted, on the trans community,” Kerr continued. “It has become more acceptable to be transphobic, especially in regard to Black trans women. That’s terrifying.”

Starz is the 41st known transgender person to be murdered this year. At least 44 transgender individuals were murdered in 2020, the deadliest year on record since 2013 when the Human Rights Campaign (HRC) began tracking transgender murders. The actual number may be much higher as trans murders sometimes go unreported or victims remain misgendered.

Approximately three-quarters of all known transgender murder victims are misgendered by police and media, according to the HRC.