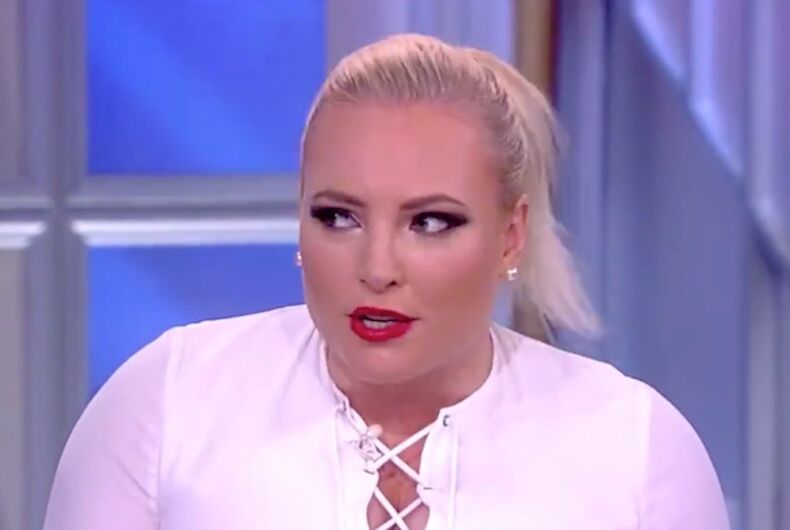 ABC is pushing back on Meghan McCain’s claims that a “toxic work environment” forced her to leave The View.

According to TMZ, executives agree that it had become toxic, but they say the source was McCain and she didn’t quit the show.

Related: Pete Buttigieg goes on the View & spells out why every new dad should take paternity leave

McCain’s new memoir attacks the cast and crew of the popular daytime talk show. As the political conservative on the show, she says she was shunned and treated with less respect than the other women.

She specifically points to her notoriously rocky relationship with co-host Joy Behar as unprofessional. Behar admitted that she didn’t miss having McCain on set when the former host took maternity leave.

The conflicts regularly spilled over on full display for the cameras as McCain bickered with Behar and other hosts and guests. Co-host Whoopi Goldberg was regularly celebrated online for her eye rolls, sighs, and eventual intervention with Goldberg cutting to commercial at one point.

Since McCain’s absence, the stress levels for cast and crew have reportedly lightened dramatically. The on-screen banter flows easier and a sense of camaraderie has returned.