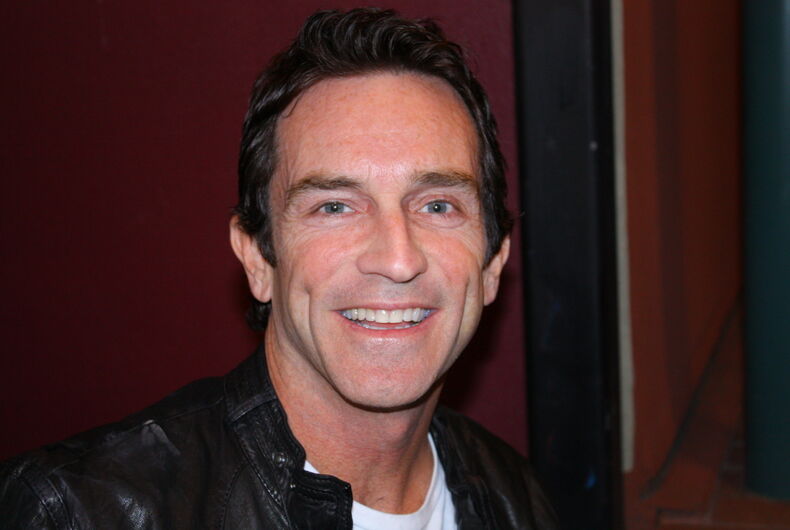 The big news from Survivor is that host Jeff Probst will no longer say his catch phrase, “Come on in, guys.”

Probst announced his decision on the first episode of Survivor Season 41, which aired this week after a year-and-a-half hiatus caused by the global COVID-19 pandemic. It was the first new episode in 497 days.

Many Survivor fans, and even former players, criticized the change as a blatant attempt to be politically correct and fix something that wasn’t broken. Some dubbed the new season “Woke Survivor.”

“This is being woke just for the sake of being woke,” Tommy Smokes of the Barstool Sports blog wrote on Twitter. “Absolutely pointless. You’re only losing audience with this move. Nobody is now tuning in because you dropped ‘come on in guys.’ Pathetic.”

“I’m not covering survivor this year!” wrote former player Russell Hantz, who has offered his take on past seasons on YouTube. “This woke shit! I rather not even watch!”

I’m not covering survivor this year! I agree with you! This woke shit! I rather not even watch!! https://t.co/5HJkYKCVjP

“Just out of curiosity, was anyone else ever offended at ‘Come on in, guys?’” asked two-time player Peih-Gee Law on Twitter. “I respect that #Survivor wants to make changes, but this particular instance felt a bit like woke theater.”

Probst and others working on Survivor have said they want its casts to be more diverse and inclusive from now on, to better reflect society and adhere to CBS’s goals for its reality shows. They also want to make amends for season 39, when they had to send home one male player after a female player said he harassed her.

The producers say season 41 will be “a new era” in many ways, with new twists, more dangerous challenges and a faster pace, filmed in Fiji over 26 days instead of 39.

The popular show with the million-dollar prize was launched in 2000, long before the #metoo movement drew attention to issues of sexual harassment and gender equality.

Near the start of the episode, Probst asked the players what they thought about the way he has always said “Come on in, guys” when he calls contestants together.

“I need your guidance on something,” he told them. “For 20 years, I have used one phrase to call people in for challenges, ‘Come on in guys.’ Love saying it. It’s part of the show. But I, too, want to be of the moment. So my question to you, to decide for us: In the context of Survivor, is a word like ‘guys’ OK or is it time to retire that word? What do you think?”

Initially, no one voiced any objections to the phrase. One of the LGBTQ players, Jagoda, volunteered that she wasn’t offended by it.

“I personally think ‘guys’ is OK,” she said. “‘Come on in guys’ is like such a signature expression. I, as a woman, as a queer woman, do not feel excluded by ‘guys.’”

But later, another one of the LGBTQ players, Foye, said he had time to think about Probst’s question and did have concerns about it. Probst had just called the group together by yelling, “Come on in, guys.”

“I don’t agree that we should use the word ‘guys,’” Foye told Probst. “I fully agree that we should change it – whether it just be dropping ‘guys,’ changing it to something else. I just don’t really agree with it. The reality is that Survivor has changed over the last 21 years; and those changes have allowed all of us, all of these brown people, Black people, Asian people, so many queer people, to be here simultaneously.”

“It’s a great point and I’ve got to say I love that you thought about it more,” he told Foye. “I love that you have the courage inside a million-dollar game, in which standing up any time is risky, to bring it up again, because I’m with you. I want to change it. I’m glad that was the last time I will ever say it.”

Probst added that he fully anticipates getting flak for the decision.

“Realizing in this moment somebody right now is on social media saying ‘Aw, he caved,’ it’s @jeffprobst at Twitter,” he said, as the address also flashed onscreen. “I’ll probably never read it anyway. All right. I love that. We just made a change. From now on, it is: Come on in.’ “

Earlier, the show had shed light on the backgrounds of many of the players, emphasizing their diversity.

It showed Foye saying that he has a 22-month-old daughter and that his husband is a “transgender pregnant man” who has a full-time job and is taking care of their daughter while he’s away.

“I’m leaving behind a lot,” he said. “But if I won this money, I would be able to know that my children’s whole childhood up to adulthood, I could take care of them. Hence I’m here for a really good reason and to make a really big impact on my life.”

It showed Jagoda saying she is pursuing a PhD in “human evolutionary biology” at Harvard University: “I’ve been studying…what survives and what doesn’t survive my whole life, so I’m really excited to play the ultimate survival game.”

And it showed Chen saying she comes from a “very traditional family” and was afraid to tell her mother that a woman proposed to her but her mother gave her a diamond to give to her future wife: “I was so touched by that because, just from that gesture, my mom was telling me she accepted me and she loved me for who I was,” Chen said.

Other players included Shantel Smith, a self-described “mafia pastor,” half Italian and half Jamaican, who hears music in her head and “will pray for you and walk you out the door at the same time”; Naseer Muttalif, a sales manager from Sri Lanka who told Probst he learned English while watching him on Survivor (“You are my dictionary”); Danny McCray, an ex-NFL player with an MBA degree; Sara Wilson, a healthcare consultant who lost her grandmother to COVID-19; and app developer Xander Hastings, who promised in his CBS bio to play the game like “any of the pretty-boy-challenge-beast-charmers” of past seasons.

Put off by Probst’s decision to make the show gender-neutral, some social media commenters vowed not to watch this season. They said if Probst really wanted to make a meaningful change, he could have just stopped saying guys, without putting the players on the spot about it. Others asked what might be next: eliminating the word ‘tribe’ when referring to the teams, or the exotic names of the tribes?

Hantz led the criticism of Probst’s “woke evangelism,” predicting it will be the downfall of the show: “This will be the lowest rated survivor in history and you’re watching the beginning of the end!” he wrote on Twitter. “It’s over GUYS!”

This will be the lowest rated survivor in history and you’re watching the beginning to the end! It’s over GUYS!

Another commenter said it was all part of a plan to destroy America: “They want you to believe everyone is gay, transgender, gender neutral any thing but heterosexual.”

It's a plan, destroy America, build back communist. I can't even watch TV any longer, the shit they are stuffing down our throats.
I had to turn off Survivor after 10 minutes, they want you to believe everyone is gay, transgender, gender neutral any thing but heterosexual. https://t.co/jLUXbCmhuz pic.twitter.com/KRqCG6BT3j

But even some of the critics also admitted that the ‘guys’ decision triggered a valuable discussion about gender and opened the door to other debates.

“I guess I’m happy there’s conversation around these phrases we use that subconsciously has an effect on society?” Law, the former Survivor player, said in a series of follow-up tweets. “I never really thought about it being offensive, but now there’s a lot of conversation about it and people are thinking. So it’s good in that sense.”

Smokes said he would still watch Survivor, even though he thinks the producers “made a mountain out of a nonexistent molehill.”

“Anyone who is going to stop watching Survivor over this is crazy,” he said on Twitter. “It feels weird to lose an iconic Survivor line for truly no reason, but whatever. Let’s move on because this shouldn’t overshadow Survivor’s first episode in a year and a half.”

Critic Myles McNutt at AV Club found a silver lining in another phrase that was aired.

“Season 39 did too much damage to our trust in #Survivor for simple visibility to suggest it understands its problems,” he wrote on Twitter, “but by past standards the fact that it even let someone utter the phrase ‘transgender pregnant man’ isn’t nothing, y’know?”

Season 39 did too much damage to our trust in #Survivor for simple visibility to suggest it understands its problems, but by past standards the fact they'd even let someone utter the phrase "transgender pregnant man" isn't nothing, y'know?

Probst hinted early in the show that there’s more to come.

“What do you want from me?” he asked the TV audience. “We’re just trying to evolve the experiment a little more and see how it goes, and we’ll do it together.”

Carl Bean was “Born This Way” before Gaga was born. Now she’s carrying his legacy.