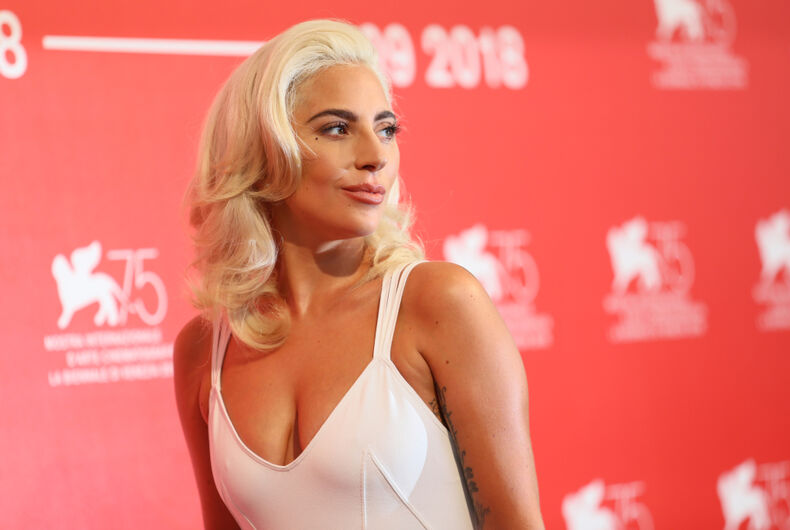 This May, when Lady Gaga celebrated the 10-year anniversary of her hit album “Born this Way,” she gave an acknowledgment shoutout to Bishop Carl Bean.

“Born This Way, my song and album, were inspired by Carl Bean, a gay black religious activist who preached, sung, and wrote about being ‘Born This Way,'” Gaga stated on the Today Show. “Notably, his early work was in 1975, 11 years before I was born.”

To Gaga’s generation and younger, Bean’s name does not compute for them. However, during the 1970’s disco era, Bean was known for the 1977 Motown Record dance hit single “I Was Born This Way.” The song was an instant success appearing for eight weeks on Billboard’s Dance Club Songs chart, and it became a liberation anthem heard in disco clubs across the country.

Bean thanked Gaga for reviving the song, stating how “I Was Born This Way” is relevant decades later for the LGBTQ+ community.

Bean was the first black openly gay gospel singer to join Motown. However, his time at Motown was short-lived when he refused to croon heterosexual love songs. Bean eventually left Motown in the 1980s, abandoning his singing career.

In 1982, Bean founded Unity Fellowship Church Movement, Los Angeles (UFCLA), the first welcoming and affirming Black Church for LGBTQ+ parishioners with churches today throughout the country and the Caribbean. Bean preached a progressive all-inclusive theology that’s reflected in the church’s mantra “God is love, and love is for everyone.”

UFCLA is one of the most vibrant and vital ministries to LGBTQ people of African descent because it embraces Bean’s mission of affirming black spirituality and sexual identities unabashedly.

“Archbishop Bean worked tirelessly for the liberation of the underserved and for LGBTQ people of faith and, in doing so, helped many around the world find their way back to spirituality and religion,” the church wrote in a press release announcing Bean’s death.

When HIV/AIDs hit the country in the 1980s, Black and brown LGBTQ people were impacted disproportionately. In 1985, Bean founded the Minority AIDS Project (MAP), a non-profit based in South Los Angeles for Black and Latinx communities living with HIV/AIDS. MAP provided HIV/AIDS information, prevention, care, and treatment for low-income people of color.

MAP started with 15 clients living with AIDS. Today MAP serves the needs of more than 1,200 clients living with HIV/AIDS per month with more than 44 full-time, part-time employees. Early supporters of MAP were then-Assemblywoman Maxine Waters and comedian Richard Pryor. Pryor donated thousands of dollars, on the condition of anonymity, to help launch MAP.

In 2010, Bean published his autobiography, I Was Born This Way: A Gay Preacher’s Journey through Gospel Music, Disco Stardom, and a Ministry in Christ.

The book became a second Bible for many Black LGBTQ+ people of faith who couldn’t find comfort in their church or left it. The Reverend Troy D. Perry, the founder of the Metropolitan Community Churches, reviewed the book for Lambda Literary magazine in 2010 and wrote the following:

“There is a wonderful gospel song entitled, “How I Got Over,” which I believe exemplifies the life of Archbishop Carl Bean. This book is an amazing testimony of one man’s journey to find himself. In doing so, he became one of the heroes of the Lesbian, Gay, Bisexual, and Transgender movement and became a major crusader for the fight against HIV/AIDS. Carl’s story will make you laugh and cry. He tells of his life with an honesty that will, I’m sure, shock some readers, but you will not be able to put this book down until the end.”

In 2006, I had the pleasure of meeting Bean because the church invited me to be that year’s Unity Fellowship Convocation speaker. Watching him through the years, I am reminded of a quote by MLK.

Bean was a church leader and civil rights activist. He unapologetically changed traditional Christian theology to welcome the dispossessed, the disinherited, the disrespected, and the damned into the Kingdom of God.

And in so doing, Bean’s ministry reflected the unending struggle to give voice and visibility to those of us relegated to the margins of society.

Bean’s words and works will live on through his followers.

Survivor’s Jeff Probst will stop saying “Come on in, guys” for gender equality