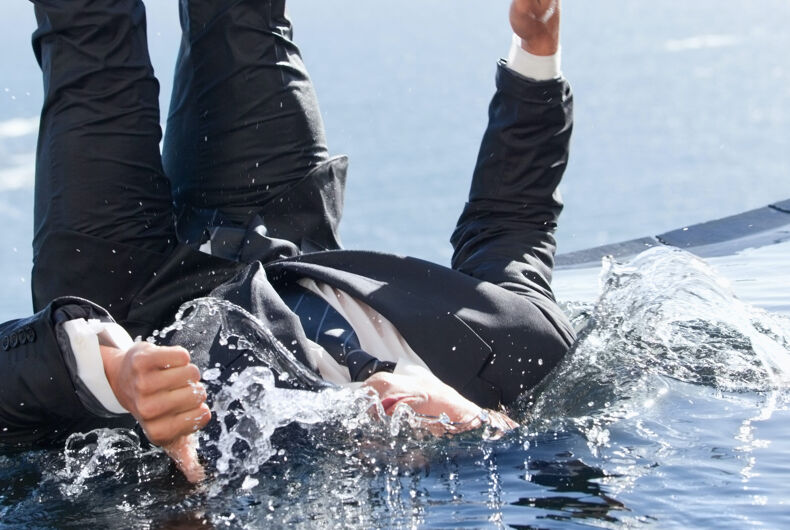 Police in Liverpool, England are searching for an attacker who shoved a man into a local canal. The attack resulted in the man being sent to the hospital.

The attack occurred on Saturday, September 4 at 3:10 a.m., The Liverpool Echo reported. The attacker reportedly shouted a homophobic slur at his target before shoving him into a canal.

Related: He kissed his boyfriend & got off the bus with a smile. That’s when his basher attacked.

Emergency services responded to the victim and transported him to a hospital. Luckily, the man suffered no injuries, though he was “extremely shaken” by the attack, the Merseyside Police said in a statement.

Police are now asking people for help to locate the unknown attacker. They are also seeking out any security video footage and forensic clues at the crime scene to find the person responsible.

Anti-LGBTQ attacks in the region have risen over the last year, according to data from the Merseyside Police. The data showed that anti-LGBTQ attacks from April 2020 to March 2021 were 25 percent higher than the total that occurred during the same previous 12-month period.

Most of the attacks have occurred in the city center near the gay quarter where a majority of the LGBTQ nightspots reside, Justine Jenkins, Liverpool City Council’s hate crime lead said.

“A lot of it appears to be attached to the night-time economy. So when people are out drinking and all that kind of stuff,” she told the Echo.

“We have seen an increase in reporting,” she continued, “but that’s what we’ve expected to see through all of our campaigns and raising awareness and letting people know that they will be taken seriously.”

Merseyside Police have said that the increase in hate attacks has also resulted in more arrests. Police have also increased patrols and engagement in the community to help discourage future attacks.