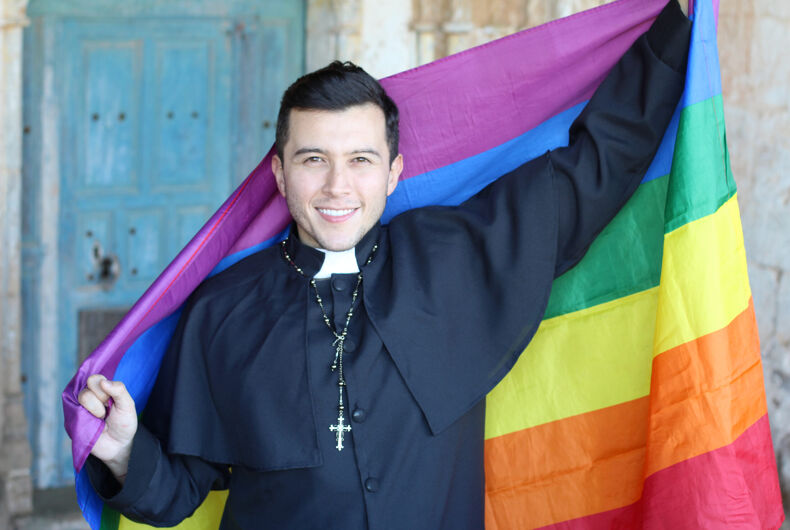 A federal court has ruled that a North Carolina Catholic school wrongfully fired a teacher in 2014 just because was gay.

Cogburn ruled that the school violated federal protections against sex discrimination under Title VII of the Civil Rights Act. The judge wrote that the school’s actions weren’t protected by constitutional rights to religious freedom. He also ruled that “the school’s action didn’t fit into exemptions to labor law that give religious institutions leeway to require certain employees to adhere to religious teachings,” the EDGE Media Network reported.

“Plaintiff is a lay employee, who comes onto the campus of a religious school for the limited purpose of teaching secular classes, with no mandate to inculcate students with Catholic teachings,” Cogburn wrote. The school and diocese are considering whether to appeal the ruling.

Billard’s lawsuit sought back pay and benefits, punitive damages, compensatory damages for emotional distress and a court order blocking the school and diocese from firing other LGBTQ teachers in the future. Judge Cogburn said that Billard’s compensation will have to be determined in a later trial.

However, in a statement to The Charlotte Observer, the diocese wrote, “The First Amendment, federal law, and recent Supreme Court decisions all recognize the rights of religious organizations to make employment decisions based on religious observance and preference. They do not — and should not — compel religious schools to employ teachers who publicly contradict their teachings.”

In 2014, the school fired Billard after he announced his wedding to a man on Facebook. He posted about his upcoming wedding in October 2014, and was informed by an assistant principal several weeks later that he no longer had a job with the school.

Not long after that, local diocese spokesman David Hains publicly stated that Billard was let go for “going on Facebook, entering into a same-sex relationship, and saying it in a very public way that he does not agree with the teachings of the Catholic Church,” Billard’s lawsuit against the school said.

At the time. Billard, a Catholic, added, “Apparently there were a couple teachers there who are super-conservative Catholic. They are not friends of mine on Facebook, but they found out about it and escalated it so it got to the diocese.”

Billard taught English and drama full time at the school for more than a decade, earning its Teacher of the Year award in 2012. He then transitioned to a role as a regular substitute teacher, typically working more than a dozen weeks per year, according to the lawsuit.

Bigots got an LGBTQ history display booted from the Missouri capitol