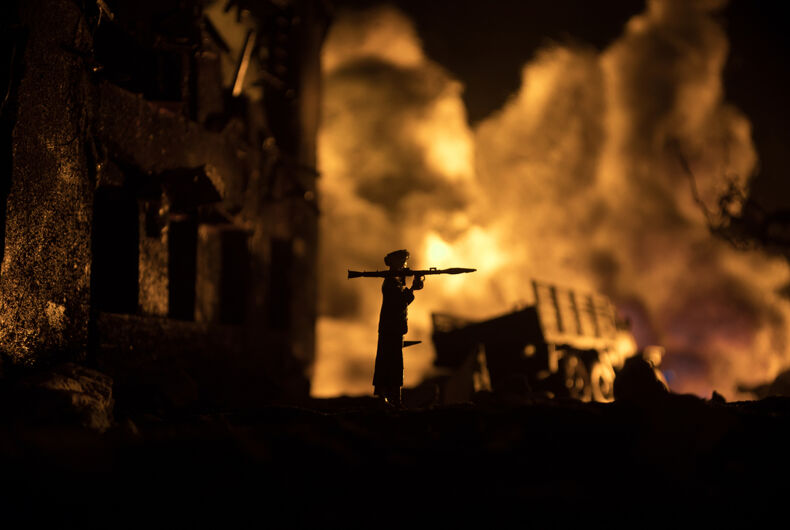 A Missouri newspaper is comparing the state GOP to the Taliban for removing a LGBTQ historical display from the state capitol, calling the move “outrageous, potentially illegal, and yet another embarrassment for a state with a history of intolerance.”

Earlier this week, an aide to a Republican lawmaker complained about a display in the Missouri Capitol entitled “Making History: Kansas City and the Rise of Gay Rights.” Within 24 hours, the display had been removed.

“Thanks to the efforts of several of our great elected officials, the exhibit has been removed from the Missouri State Museum!” wrote the staffer after it was removed.

“To God be the Glory!” they wrote, adding that the lawmakers who had it removed were “standing for traditional family values.”

“It should not have been a controversial display,” the Kansas City Star wrote in a scathing editorial about the Republicans who had the historical display removed. They point out that it was developed by a history class at the University of Missouri-Kansas City and it about history, not politics.

The editorial suggests that removing the display “is a clear First Amendment violation” since it was taken down by the government due to its content.

The Kansas City Star pointed out that the state runs a Confederate Memorial State Historic Site. “Apparently, going to war to maintain slavery should be honored, but ending discrimination against gays and lesbians is offensive,” the editorial said.

Then the editorial compared the GOP to the Taliban in Afghanistan.

“From 1996 until 2001, the Taliban destroyed much of the cultural and intellectual history of Afghanistan,” the editorial said. “Taliban fighters claimed a faith motive for the destruction. ‘We deem it a must… because of our religious responsibility,’ a spokesman said at the time. That isn’t ‘to God be the Glory!’ but it’s close. Too close.”

A spokesperson for the Missouri Department of Natural Resources said that the display – which has appeared in several locations in the region – was “moved from the Capitol” but didn’t say where it was put. The Kansas City Star called on the department to bring the exhibit back and apologize.

State Sen. Greg Razer (D), the only out member of the state legislature, said that he’s “appalled” and “personally offended” that it would be removed.

“This is nothing but ‘cancel culture’ coming from those who want the LGBT community to simply disappear in the shadows again,” Razer said.

A web version of the historical display is available online.