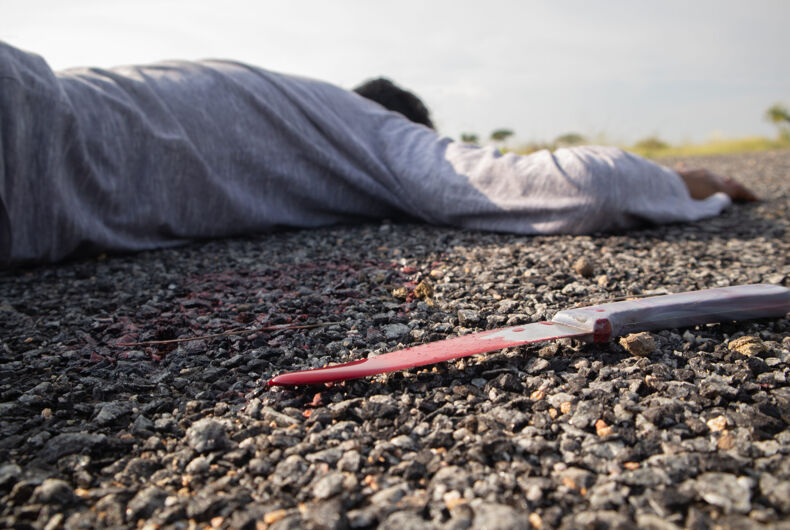 The Texas state legislature has become the first state to ban abortions after a fetal heartbeat is detected through sonograms. The law went into effect Wednesday after the Supreme Court and a lower federal appeals court declined to place an emergency stay of the law. It was signed into law by Texas Governor Greg Abbott in May.

A fetal heartbeat is usually detected around the sixth week of pregnancy, often before many women know they are pregnant. Though this law follows 12 other states that have attempted to pass “fetal heartbeat” legislation, which has all been struck down by the courts, the Texas law is unique in that it empowers citizen snoops, vigilantes, to turn in abortion providers and anyone who assists women in obtaining an abortion following the discovery of a fetal heartbeat.

Related: Texas Right to Life puts out dystopian video encouraging people to turn in women who get an abortion

What is unique in the Texas anti-abortion law not found in the others is the clause that people can bring a lawsuit against anyone who “aids or abets” a woman in obtaining an abortion past the six-week demarcation mark. Therefore, Texas has seemingly updated the notion of vigilantism.

In other words, vigilante bounty hunters can now legally embezzle up to $10,000 plus court costs in a successful suit against defendants, including anyone from cab drivers who transport women to abortion providers, to clergy who counsel women on their pregnancies, to abortion rights advocates, to anyone assisting women in paying the costs of the medical procedure.

Vigilantism Nothing New in the U.S.

The United States Congress, on September 18, 1850, passed the so-called Fugitive Slave Act as part of the Compromise of 1850. The Act mandated all residents and law enforcement agencies anywhere in the country aid in the immediate return of Africans who escaped enslavement to their imprisoner plantation owners.

The law required this be done even if those enslaved had escaped to a “free state.” Thus, the federal government and all residents of the United States became responsible for finding, returning, and trying those found to have run from perpetual servitude.

The law was highly contested, especially in the North. In 1855, the Wisconsin Supreme Court declared the Fugitive Slave Act unconstitutional in a case involving Joshua Glover and Sherman Booth, both of who had escaped. Unfortunately, in 1859, the U.S. Supreme Court overturned Wisconsin’s high court in 1859 in Ableman v. Booth. Thus, the highest court in the land ruled on the side of enslavement over freedom.

Beginning in the West Indies in the sixteenth century, to the American Revolution, up through and after the 1850 Act until the passage of the Thirteenth Amendment in 1865 outlawing slavery, bounty hunters known as “slave catchers” earned commissions from enslavers to track down and return their “property.”

One ad in local southern newspapers, for example, read:

To-wit: one Negro man, his wife, and three children. The man is a black negro, full height, very erect, his face a little thin. He is about forty years of age, and calls himself Washington Reed, and is known by the name of Washington…Mary, his wife, is about thirty years of age, a bright mulatto woman, and quite stout and strong. The oldest of his children is a boy, of the name of FIELDING, twelve years of age, a dark mulatto, with heavy eyelids…MATILDA, the second child, is a girl, six years of age, rather a dark mulatto, but a bright and smart looking child. MALCOLM, the youngest, is a boy, four years old, a lighter mulatto than last, and about equally as bright…If examined, he will be found to have a swelling at the navel. Washington and Mary have lived at or near St. Louis with the subscriber for at least 15 years… WM RUSSELL.

Bounties placed on people’s heads were not limited to those who were escaping enslavement. Throughout history, white people have incited vigilantes to hunt down and kill indigenous peoples.

An example was reported as an ad in The Daily Republican newspaper in Winona, Minnesota on September 24, 1863:

The State reward for dead Indians has been increased to $200 for every red-skin sent to Purgatory. This sum is more than the dead bodies of all the Indians east of the Red River are worth.

During the California Gold Rush, white people offered monetary rewards to anyone bringing in Indian heads, scalps, or ears to ward off native people from entering the area.

The U.S. In Bad Company

In his book, A Price on Their Heads, author Ad van Liempt details a tragic past in the annals of Dutch history in which a group of 54 men searched the country for Jews in hiding. These Dutch bounty hunters were hired by the Nazis to capture Jewish men, women, and children.

Van Liempt claimed that the bounty hunters turned in somewhere between 8,000 to 9,000 people for money. Those they captured were then sent to their deaths in concentration camps.

The author looked closely at the identities and lives of the vigilantes, whom he described as men who were either unemployed or in low-paying jobs. They volunteered out of greed and hatred of Jews. Nazis paid them the equivalent of what today would amount to approximately $75 per week. They understood that their victims would eventually be killed.

Though vigilantism and bounty hunting go by many labels from the most blatant to the most seemingly neutral, it all amounts to a betrayal of others and a loss of integrity of oneself. These laws are intended to divide and separate people from one another and from sharing a sense of community for the benefit of those in power.

Divide and conquer, however, has been the long-held strategy of tyrants.