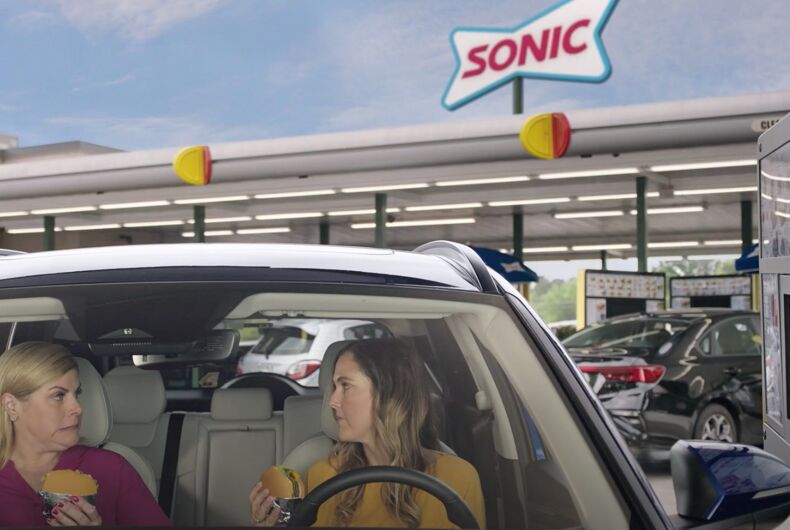 The fine Upstanding Christian Women™ over at One Million Moms are upset over a Sonic Drive-in commercial from earlier this summer.

The group is decrying the ad as “irresponsible” because the two actresses say they’ve gone to the fast food outlet where you sit in your car to eat… without wearing a bra.

Dubbed “Tell You A Secret,” the spot features two women sitting in a car and eating cheeseburgers. The two admit to each other they stopped wearing bras to go to Sonic and had gone so far as to wear pajamas.

“One Million Moms finds this highly inappropriate for an ad, especially one selling food,” an action alert from the group asserts.

“Sonic’s ad is tacky and offensive. It is irresponsible because of its impact on impressionable children viewing the commercial. We all know children repeat what they hear. Does Sonic want children to think it is OK to go around in public wearing no underwear?”

The group is an astroturf outfit run by the anti-LGBTQ hate group American Family Association. It has one staffer assigned to it and no actual members.