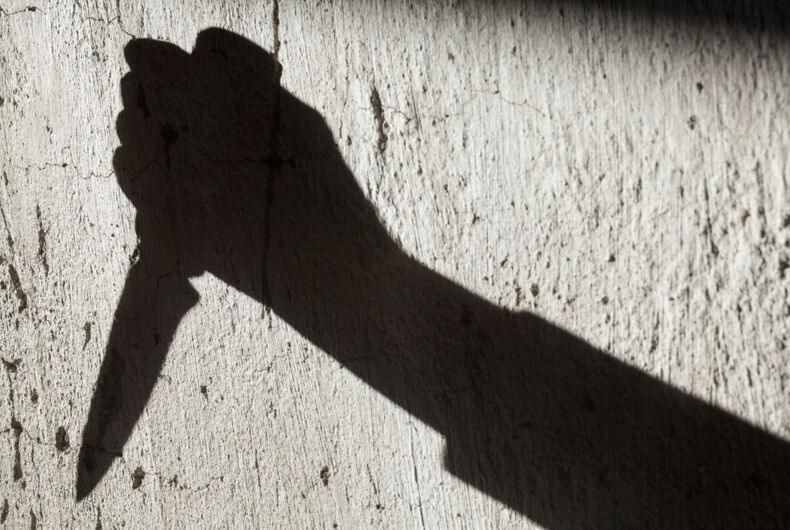 A 22-year-old man who is accused of killing a 55-year-old accountant says that he was possessed by a demon at the time, which drove him to murder when the older gay man allegedly made a pass at him.

And now a psychiatrist testified at his trial that the alleged murderer is probably gay or bi himself even though he says he’s straight and that the accused was probably in an “altered state” at the time of the killing because of his “unresolved” issues with his sexuality.

Related: Gay couple beaten by bloodthirsty mob for dancing together at a bar

Authorities believe that the alleged murderer – a chemistry student – found his victim on a gay website in January 2019.  The two met at least twice that month in Jouy-le-Moutier in the Paris suburbs.

When the accountant didn’t show up to work the day after one of their visits, his employer called the police and the victim was found dead in his home.

His face was swollen from wounds and his body was covered in cuts, a lawyer with the victim’s family said. He was in a pool of his own blood when police found him, with longer cuts around his neck and bruising near his groin after what the lawyer called a “bloodthirsty” attack.

The victim’s family, here, is his ex-wife and their four children.

The alleged murderer, whose name isn’t being released to the media, was arrested three days later and police say he admitted to killing the older man. They say that he described how he did it, first stabbing the man with a knife and then beating him with a crow bar.

But the accused insisted that it wasn’t premeditated. He said that the older man made a pass at him and wouldn’t take “no” for an answer, so he ran to the kitchen to get away. He said that the victim chased him there and he was forced to defend himself with a knife.

His computer, though, showed that he searched the web for “machine to sharpen knives” just days before the attack, and the victim’s other sexual partners said that he was never aggressive. The accused also refused to answer questions about whether he ever had sex with the victim during their encounters prior to that night.

Prosecutors believe that he had planned the ambush in advance, and he’s also being investigated for allegedly trying to murder a gay couple he met on the same site. They believe that he worked with two other men in that attempted murder. He is also facing extorsion charges. All of these other alleged crimes occurred in late 2017.

Now the alleged murderer says that he was possessed by a demon at the time.

“There was a voice that came from outside, but normally it’s inside my head,” he told the court this month. “The voice shouted at me, ‘Kill him, he’s a demon.'”

“At that moment, I wasn’t in control of myself. I was possessed.”

The accused still says that the victim made a pass at him: “When he put his hand on my thigh, my face went blank. I was paralyzed.” He said that he doesn’t remember what happened after that, even though he had previously described the knife and crowbar fight to police.

A psychiatrist who examined the alleged killer told the court that he was in a state of altered consciousness and said that his current state implies that he was not in full control of his faculties at the time of the murder.

The psychiatrist said that the accused had “questions concerning his own sexuality that were probably unresolved” at the time.

Another psychiatrist, who examined the alleged killer shortly after he was arrested in 2018, said that the accused did not show any sign of an inability to understand what he was doing at the time.

The victim’s family said that they are living through “a moment of great psychological violence” with the defendant’s testimony this month.

“This is the zenith of the sordid criminal trajectory from someone who has attacked other gay men,” their lawyer said in a statement.

A verdict is expected later today.