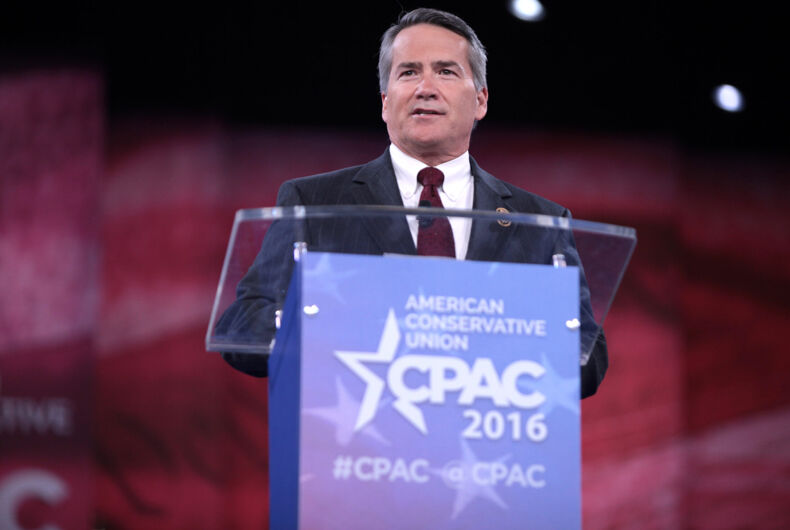 The right wing has already begun campaigning to take over school boards. In what is potentially an even more disturbing move, ultra-conservatives are now targeting another political office: state and local secretary of state positions.

At the state level, the secretary of state position is hardly the exalted position that the federal job is. But it has one very important function that Trumpists covet: it oversees their state’s elections. Republicans everywhere believe getting these seats will enable them to lay the groundwork for rejecting election results they don’t like.

Reuters examined 15 of the Republicans running for the office in their respective states. Ten of them have embraced the lie that the 2020 election was stolen, or that their state’s results should be investigated or even invalidated. Only two of the nine candidates that Reuters interviewed said that Joe Biden won the election fair and square.

As an example of what that means for free and fair elections, look no further than Mesa County, Colorado. There, the county election official, Tina Peters, has embraced Donald Trump’s wild lies about the election. She’s had employees attend a lecture by Douglas Frank, a physics teacher who has been famous in conspiracy circles for asserting that “sixth-order polynomial” fraud led to Trump’s loss.

Colorado’s Secretary of State Jena Griswold (D) has filed a lawsuit to strip Peters of her duties. The suit alleges that Peters allowed someone to copy the hard drives of voting machines, a serious breach of data security.

As the top state official, Griswold serves as the check against such egregious behavior. But what happens if the top official is the one who engages in that behavior? We may find out.

In Arizona, state Rep. Shawnna Bolick (R) is seeking the GOP nomination to be the state’s leading election official. As state representative, Bolick introduced a law that allow the state legislature to overturn the secretary of state’s certification of the final vote results.

In Michigan, Trump has endorsed Kristina Karamo, a teacher who testified before Congress last December that she personally witnessed two incidents of election fraud. In her LinkedIn profile, Karamo describes herself as a “Christian apologist.”

Perhaps the worst of the batch is Rep. Jody Hice (R-GA). As a member of Congress, Hice has distinguished himself as a field officer in Trump’s war against democracy. He voted to overturn the 2020 election just hours after the attack on the Capitol.

“This is our 1776 moment,” Hice posted on social media at the time.

Hice also has a sideline in attacking LGBTQ rights. He’s described gay relationships as being akin to bestiality and insists that there’s a conspiracy to recruit children to become gay.

The likelihood that someone like Hice or his compatriots could win election should send shudders down the spine of anyone committed to fair elections. Griswold, chair of the Democratic Association of Secretaries of State, told Reuters, “That is ‘code red’ for democracy.”

Republicans now believe that the only fair elections are the ones they win. In 2024, they may have the people in office who will guarantee that that’s always the case.