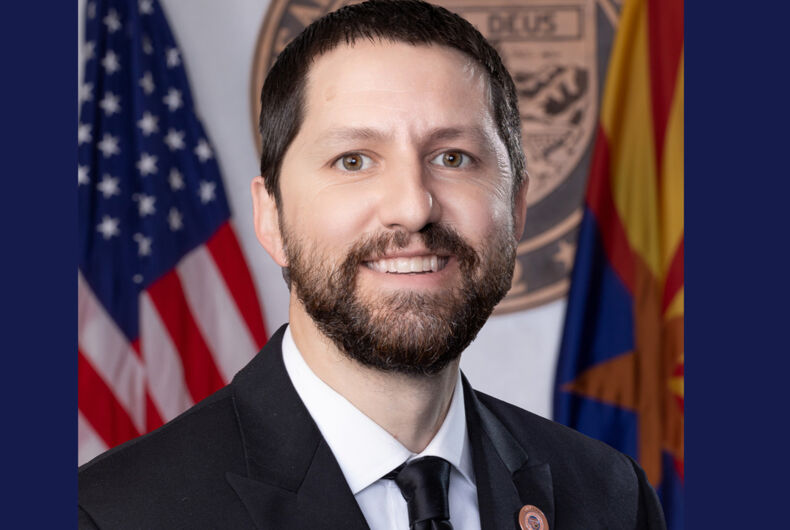 Arizona state Sen. Paul Boyer (R) voted in favor of a non-exhaustive “audit” to review every single vote placed in the 2020 presidential election, a futile effort supported by former President Donald Trump in order to find evidence to support the claim that the election was “rigged.”

Now, six months after the election was held, Arizona’s “exhumation and review of 2.1 million votes” goes into its third week with “no sign of ending soon,” the costs mount up, and state officials face credible threats to the point they need bodyguards. Now Boyer suddenly regrets his endorsement of the action.

Related: Unhinged GOP lawmaker arrested after trying to be a substitute teacher. He terrified the students.

Because the Arizona Senate is nearly evenly split, with 16 Republicans and 14 Democrats, Boyer — who is considered by some to be the “last moderate” who supposedly keeps the chamber from “full-on, flat-out crazy” — could have prevented the supposed audit by not voting for it. He’s notoriously held his vote to stop the Republican agenda before.

He didn’t here, but he now wishes he had.

“It makes us look like idiots,” Boyer said according to the New York Times. “Looking back, I didn’t think it would be this ridiculous. It’s embarrassing to be a state senator at this point.”

According to the Times, “There is no evidence that former President Donald J. Trump’s narrow loss in Arizona’s presidential election in the fall was fraudulent. Nonetheless, 16 Republicans in the State Senate voted to subpoena… two-thirds of the state’s vote in November, for an audit.” Boyer was one of those Republicans.

Nearly a month later, no evidence has been found or sustained in the ballot witch hunt. They’ve only counted 250,000 votes, which is an estimated 12 percent of the vote they were ordered to review.

Meanwhile, officials are focused on finding “traces of bamboo” on ballots, which would be supposed evidence of tampering by operatives of China. The Secretary of State in Arizona, Katie Hobbs, is now receiving taxpayer-funded protection from the Department of Public Safety, in addition to her family.

Pro-Trump officials have been appointed to oversee the pointless “audit,” including former state Rep. Anthony Kern (R), who was present at the insurrection that stormed the U.S. Capitol building on January 6th, when a pro-Trump mob tried to stop Congress’s certification of the presidential election results. (They were not successful, as the election results were certified that night.)

All despite the minor fact that even if Donald Trump had won the electoral votes for the state of Arizona, he would have still lost the election.

Boyer has consistently voted against LGBTQ rights and supported limiting LGBTQ rights for his entire career as a state lawmaker since 2013.

Since becoming a state senator in 2019, Boyer has supported legally indemnifying so-called “conversion therapy,” banning trans girls and women from participating in sports under their gender identity, allowing anti-LGBTQ discrimination under “religious freedom,” and opposed any effort to include discrimination on the basis of sexual orientation or gender identity in anti-discrimination protections.

No word on if Boyer has any regrets about those positions and votes, as of yet.

The best vaccine against the Republican agenda is a civics lesson