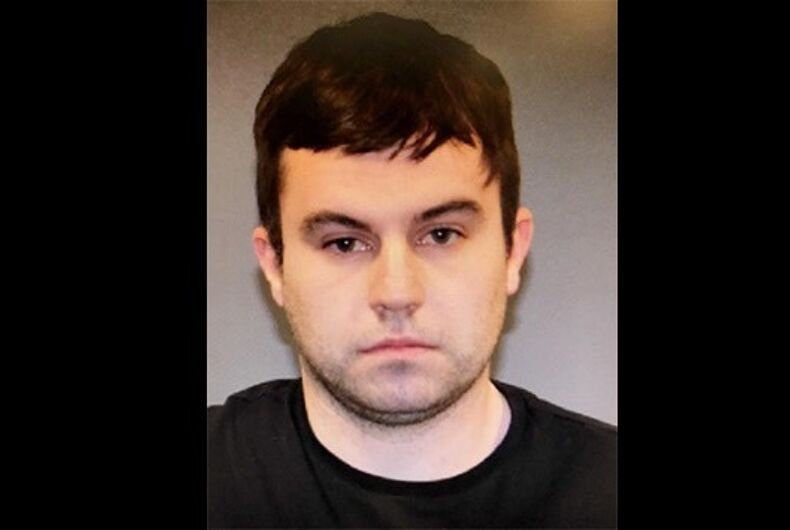 Masshole Matthew Butchard is facing hate crime charges after he was busted “terrorizing the town” as a DoorDash delivery driver.

Butchard, who has harassed the couple’s son for years, was busted by a Snapchat video he posted of himself writing the slurs on the sandwich and bragging about it.

“Butchard doesn’t like me because I have two gay dads, I guess,” the son told police according to reports.

“We were absolutely upset and appalled,” one of the men told police after discovering the hateful message. “It clearly targeted us and we are upset.”

The 27-year-old vandal lives with his parents and has previously been arrested for selling drugs and theft. In a “caution note” included in his file, he is described as having “a defiant and anti-authority demeanor.”

Earlier this year, a KFC employee was recorded in a viral rant yelling homophobic remarks at a gay couple that was picking up a DoorDash order to deliver.

“You’re fucking queer, so you need to get the fuck out of here,” the worker screamed at the men as they waited for the food in a drive-thru.

The man, and his manager, were reportedly fired after the incident.