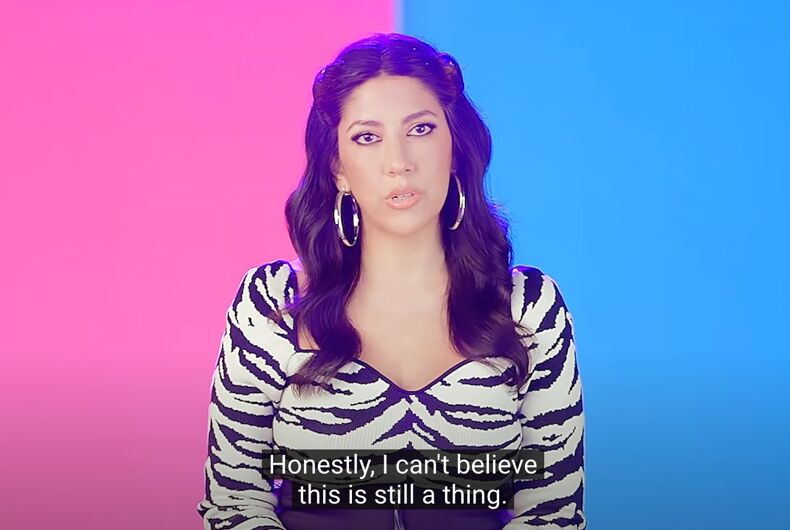 For Bi Visibility Day, let’s dispense with a big myth about bisexuals. They are not 50% horse and 50% human. Those are centaurs. Bisexuals have fewer horse genes. A lot less, actually.

With that out of the way, Brooklyn Nine-Nine‘s Stephanie Beatriz is here to break down some other insane rumors about bisexuality.

Beatriz identifies as bisexual and her character on the police sitcom, Detective Rosa Diaz, is also out as bisexual.

Netflix continued their nod to Bi Visibility Day with another video featuring some of the scenes from their shows highlighting characters who’ve come out as bisexual – including Detective Diaz.