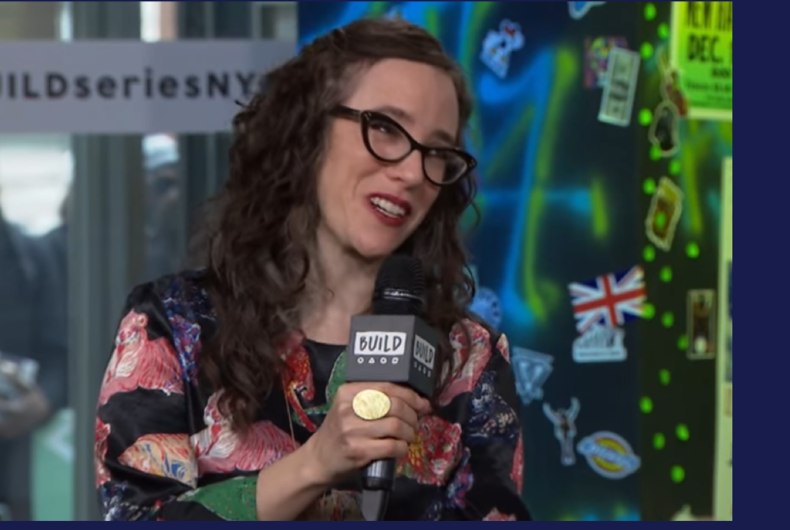 Incoming U.S. Special Envoy to Advance the Human Rights of LGBTQI+ Persons, Jessica Stern, concluded her work as the Executive Director of OutRight Action International this week. She’s led the organization since September 2011.

Stern’s appointment was announced by the White House in late June. She will be the second person to hold the Special Envoy position, which has been unfulfilled since 2018. She will be a diplomat tasked “bring together like-minded governments, civil society organizations, corporations and international organizations to uphold dignity and equality for all,” according to the White House.

Related: Here are all the actions taken so far by the Biden-Harris administration to advance equality

Stern wrote an article in recognition of her time at OutRight, published via Thomson Reuters Foundation News.

In the editorial, Stern writes “I’ve always prized precision in the global fight for lesbian, gay, bisexual, transgender, intersex and queer rights. I’m in awe of the global transformations I’ve witnessed, so I’m assessing what I’ve learned over years of activism.”

She says that from her perspective, international organizations “have shaped some of the most significant legal cases advancing the rights of LGBT+ people of the past 10 years.”

For this reason, “I believe that we should equally prioritize safety for LGBT+ people within the country someone considers home.”

“There are two fundamentals to achieving LGBT+ liberation: diverse strategies and strong LGBT+ organizations,” she continues. “If there was an easy, one-size-fits-all solution, homophobia and transphobia would be a historical note. They aren’t, which is why we must have diverse tools in our toolbox for the right time and place.”

She cites legal progress made for LGBTQ rights in countries such as Columbia, India, and Nigeria in different ways.

“My conclusion is that we must tailor strategies for achieving LGBT+ equality based on the independence of the courts, strength of the rule of law, influence of religious organizations, and relevance of national histories and cultural traditions. Singular methodologies don’t work on a global scale because each country’s struggle and opportunities are unique,” she writes.

Stern concludes, “Invest directly in the LGBT+ movement, and change will come.”

The Special Envoy position is under the Bureau of Democracy, Human Rights and Labor within the State Department. It was created by then-Secretary of State John Kerry in the Obama administration in 2015. Randy W. Berry was the first appointee with the title.

Berry was one of the few Obama-era high ranking officials to remain in the Trump administration that succeeded Obama’s in 2017, and the Trump State Department surprised many by keeping the office after going out of its way to vacate others, close them or leave them unfilled.

When Berry was appointed to his current position as the Ambassador to Nepal in November 2017, though, there was not a replacement made to his Special Envoy office until Biden took office and appointed Stern.

In addition to her decade of work at OutRight International, Stern also has experience supporting legal organizations and non-profits for LGBTQ organizations around the world, and often worked with different offices in the United Nations (UN).

“Every day I get an email from a new organization — maybe starting a film festival or an arts festival,” she told the Associated Press in July. “As long as LGBTQI civil society is strong, it’s only a matter of time before we see a change in attitudes and even in law and policy.”

Stern notes that while there’s work to do in the United States as the Equality Act has yet to become law, “There’s no country that has gotten this right. We all have work to do to ensure we are free from discrimination and violence.

“We’re all in this together.”