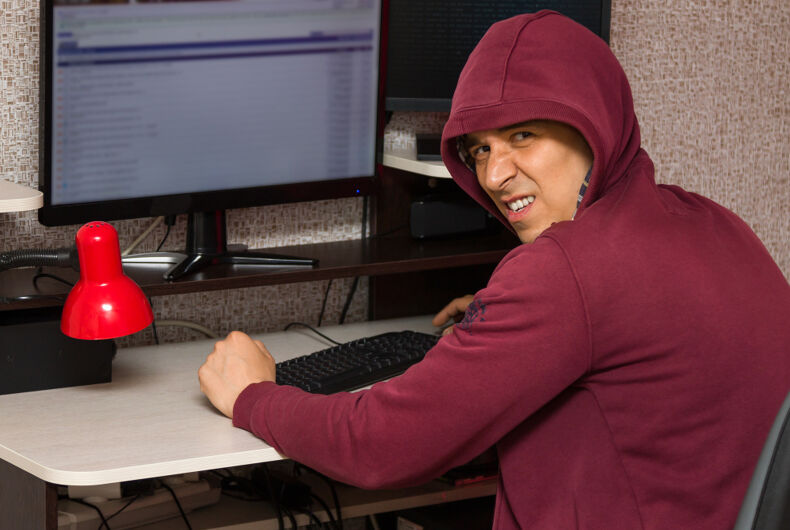 Nineteen of the 20 top Christian Facebook pages were run by troll farms out of Kosovo and Macedonia in 2019 according to a leaked internal report.

In the run up to the 2020 presidential election, Facebook executives commissioned a report on the prevalence of “bad actors” on the service. Pages for Black and Native Americans were similarly targeted, it found.

Of the top Christian pages, almost all promoted anti-LGBTQ content. Only the page for Guideposts, a longstanding magazine, was real.

Collectively, the pages reached more than half of Americans, not through their choice but because the service’s algorithm served up the content to them to build the site’s engagement rates.

The report notes that in the aftermath of the 2016 election and Russia’s successful use of social media to influence the presidential election, the service promised massive changes that would protect consumers but that it wasn’t meeting its publicly stated goals.

“Instead of users choosing to receive content from these actors, it is our platform that is choosing to give [these troll farms] an enormous reach,” the report’s author, Jeff Allen, wrote. A former senior-level data scientist at Facebook, Allen quit after his report was minimized and ignored.

Russia’s Internet Research Agency (IRA) was behind most of the propaganda spread online about the election and the Eastern European troll farms have generally targeted the same audience: religious people, those with low incomes, and people with a low level of education.

“This is not normal. This is not healthy,” Allen wrote. “We have empowered inauthentic actors to accumulate huge followings for largely unknown purposes … The fact that actors with possible ties to the IRA have access to huge audience numbers in the same demographic groups targeted by the IRA poses an enormous risk to the US 2020 election.”

Out of the 60 top pages targeting Christians, Black people, and Native Americans, five were still active two years after the report was released. One of those, with over 187 thousand followers, was still active when MIT Technology Review released a copy of the report.

“Old Yeller” star Tommy Kirk passes. Disney fired him when he was outed as gay.