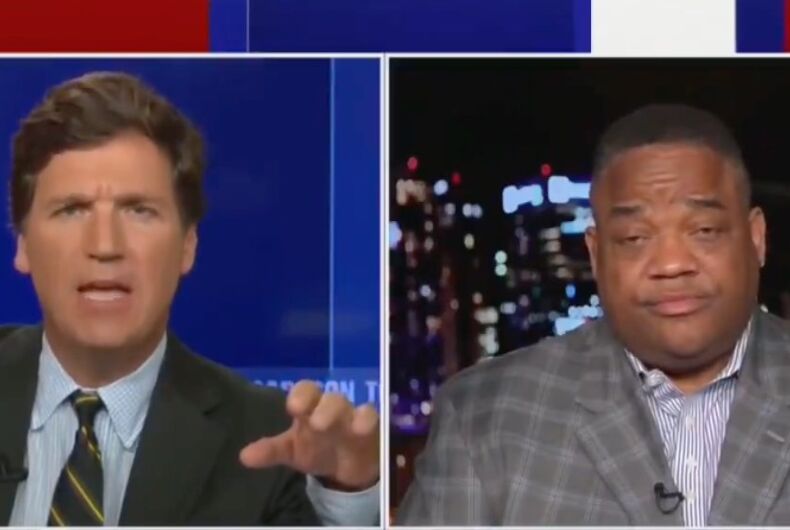 Carlson was responding to a guest’s assertion that the political left’s focus on civil rights, economic equality, and treating people with kindness is “in direct objection to God.”

Carlson set his guest up with a softball unanswerable question.

“What is the actual support for the ideas? Not do you like Trump or Biden? But, for example, do you think men can get pregnant? Or do you think some races are morally superior to other races? Like the core ideas of the Democratic Party. How many Americans actually believe that stuff, would you guess?” he asked.

“I just — I see a lot of what’s going on here is — I’m just sorry, I’m a man of faith, I was raised in the church, this stuff is satanic. That’s what’s at the foundation of a lot of this stuff.”

“Well, I’m a pretty mild protestant, personally, but I completely agree with you, especially the gender stuff,” Carlson responded, despite Whitlock not mentioning gender at all. “When you say you can change your own gender by wishing it, you’re saying you’re God, and that is satanic, I completely agree.”

Tucker Carlson is an evil, evil man: “When you say you can change your own gender by wishing it, you're saying you're God, and that is satanic” pic.twitter.com/9mHjt0it4j

Lil Nas X goes back to work for Taco Bell. This time he’s on the menu.