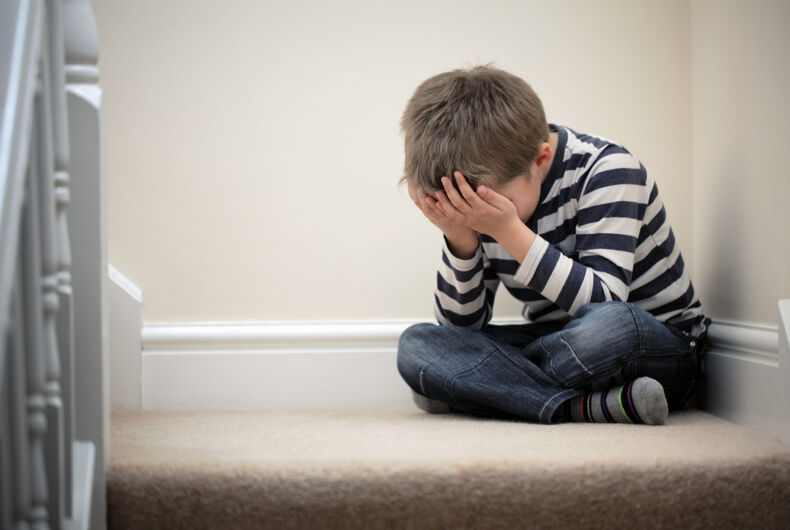 A 28-year-old Australian man has been convicted on multiple charges related to his violent attack on his 6-year-old son and the boy’s mother. The unnamed man launched his assault because he thought his son is gay.

Despite the convictions, a lenient sentence will allow the felon to be out of prison by Christmas.

The man was convicted of assault occasioning actual bodily harm, choking, attempting to pervert justice, and five counts each of common assault, contravening a domestic violence order and police protection orders. He has a history of domestic violence.

He screamed “Being gay is wrong!” at the boy and told his mother “if they were adults I would have killed them.”

Prosecutors allege the man walked into his home and found the boy sitting on another boy’s lap. Enraged, the terrible father started hitting the child and threw him across the room.

When the boy’s mother tried to intervene to protect the boy and her infant daughter, the man slapped her and told her “You better fuck me after this” before choking her until she passed out. When she came to her senses, the man reportedly apologized before telling her to “deal with the baby.”

The violence continued for weeks after the incident until welfare authorities investigated and he was arrested.

“Like it’s hard to explain it, I caught my boy sitting on another boy’s lap, this is the saddest thing I’ve ever seen in my life,” the man confessed when he was arrested. “I’m a piece of shit, I shouldn’t have put my hands on my kid, but a matter of fact I have.”

After his arrest, the man continued to dun his wife, alternating between cajoling and threatening her to drop all the charges.

But a judge only sentenced the man to three years in jail. With credit for the time he has spent behind bars waiting on trial, he will be eligible for parole by mid-December.