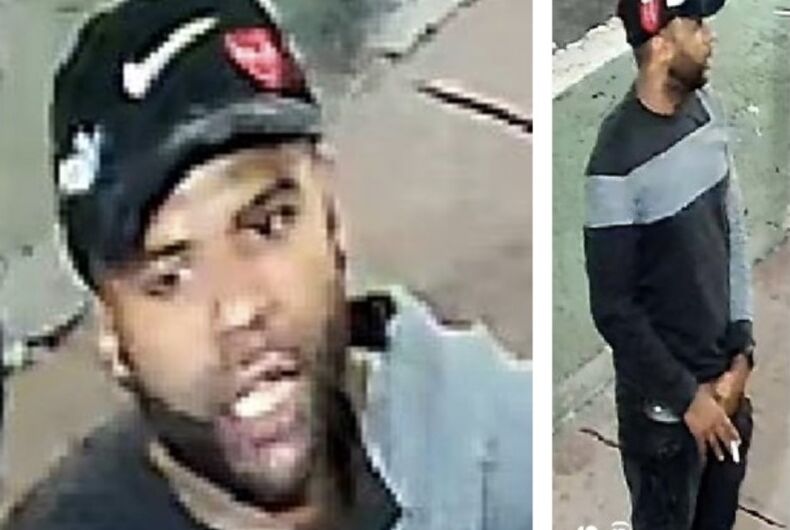 An unknown assailant punched two young men in the face in the New York City subway on July 31 while making anti-gay statements, and police are now looking for the suspect.

The New York Police Department (NYPD) said the man was making homophobic comments to the 19-year-old victims while in the train at 3:30 a.m. He then punched one of the victims in the face repeatedly, and then turned to the other teenager as the train pulled into the next station and punched him as well.

Related: A man broke a woman’s spine after another woman kissed her in the subway

A 32-year-old woman tried to stop him from punching the teen and the alleged assailant punched her in the face as well.

The suspect had fled by the time police arrived. NYPD said that the three victims were in pain and had swelling in their faces but did not seek medical attention.

The NYPD Hate Crimes Task Force is investigating the incident and they released video of the suspect, hoping someone can identify him. Anyone with information is encouraged to call Crime Stoppers at 1-800-577-TIPS (8477).