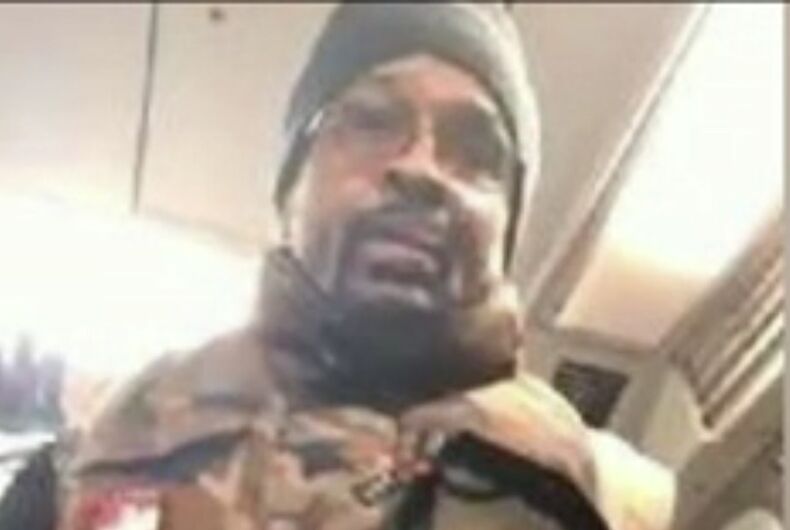 New York City police are searching for a man who allegedly attacked a woman in the subway while shouting an anti-lesbian slur.

In a Manhattan-bound train in Queens, a woman kissed the 20-year-old victim on her cheek. The alleged assailant started shouting at her, including what the NYPD referred to as a “slur based upon his interpretation of the victim’s sexual orientation.”

When she tried to get away, the man hit the victim on the back of the head and then shoved her. She hit her head as she fell to the ground.

She had to be taken to the hospital, where she was treated for a spinal fracture.

The attacker fled before police arrived.

The NYPD’s Hate Crime Task Force said that the attack occurred on November 30 and released a photo and a description of the man, who they said was a “black man in his 50s[…] 5 feet, 11 inches tall and weighs about 220 pounds.”

Jerry Falwell Jr & his wife met a young pool boy on vacation. Then they started ‘helping’ him.