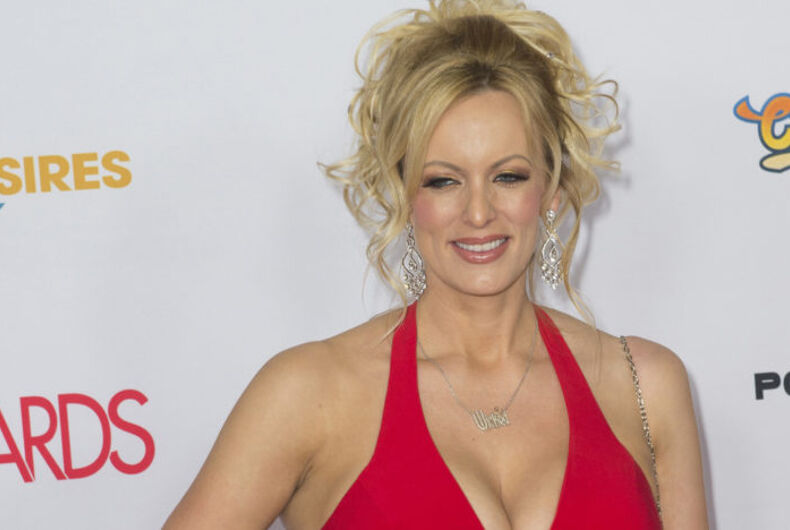 Adult film actress Stormy Daniels said that she canceled a gig after the club owner called her assistant a “fucking faggot.”

Posting on Instagram, Daniels said that she didn’t perform at Goldfinger in Miami on Saturday, as was previously scheduled, both because of the insult and because she was told to perform in the VIP room, which wasn’t in her contract.

I will NOT be performing at Goldfingers tonight because the owner called my assistant a "fucking faggot" after asking me to do something not in my contract. That kind of abuse will not be tolerated. Now they are saying I no showed. Clearly you can see from this photo that is NOT the case. When are dipshits gonna learn that I do not respond well to bullies?

She told the Miami Herald that the club owner was “physically aggressive and used hate speech.”

Earlier, Goldfinger had posted to Facebook that Daniels had “ruined the party” and “disappoint[ed] her fans” by not performing. They accused her of not showing up, which Daniels posted on Instagram that she did.

A fan on Instagram said that she should have at least done the performance that wasn’t in the VIP room, and she responded, “I’m very sorry to those who paid to see me tonight but keep in mind that I forfeited a $6800 paycheck by doing what I felt was the right thing to do for someone I care about.”

She also said that fans need to understand.

“How is that people seeing my tits matters more than [hate speech]?”

Have generic drug manufacturers been conspiring to charge you more money?