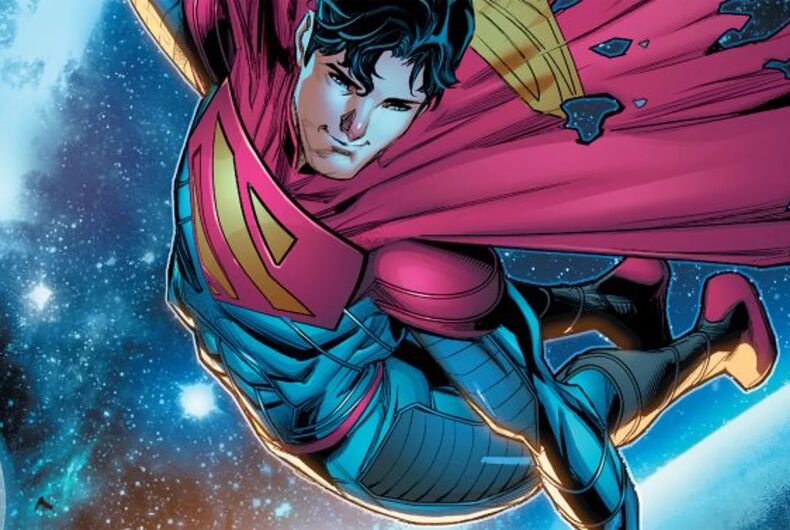 Superboy aka Jon Kent is about to get a promotionPhoto: DC Comics

DC Comics has published Superman for decades, but reports say they’re having problems with the trademark now that the character is so old. And the company’s way to solve the problem has the internet talking.

Reportedly, Clark Kent will die and his son with reporter Lois Lane, Jon Kent aka Superboy, will take his place. After assuming the role, he will come out as gay.

Related: Gay journalist calls out Superman for being a bad LGBTQ ally in an epic Twitter feud

The big switch will allegedly happen in the upcoming book, Superman: Son of Kal-El.

“I just found out, I got a little bit of a scoop about what DC’s plans are. Nobody knows this, yet. It hasn’t really been announced, except by me,” former DC Comics artist Ethan Van Sciver said on his popular YouTube show. “The plan is that… Superman’s book… I guess Clark Kent is going bye-bye.”

“DC Comics has had a lot of problems maintaining the trademark for Superman because you know, he’s old. He’s an old character, and the family would desperately like money because their family, their ancestors who created Superman got completely fucked over,” Van Sciver said.

In a previous comic, Superman “came out” as Clark Kent to inspire a teenager to come out as gay.

Since it will be Jon Kent and not Clark that comes out as gay, it makes tweets like this from the official Superman account much less scandalous.

Everyone wants a piece of Jimmy on #WorldPhotographyDay 📸 Grab yours in SUPERMAN'S PAL JIMMY OLSEN, now on #DCUniverseInfinite: https://t.co/ORZ0xU7UEQ pic.twitter.com/aAKuyjSfmN

//This is wholesome. Superman coming out to the world by revealing his secret identity, inspired a young man to also come out to his family as a proud Gay.