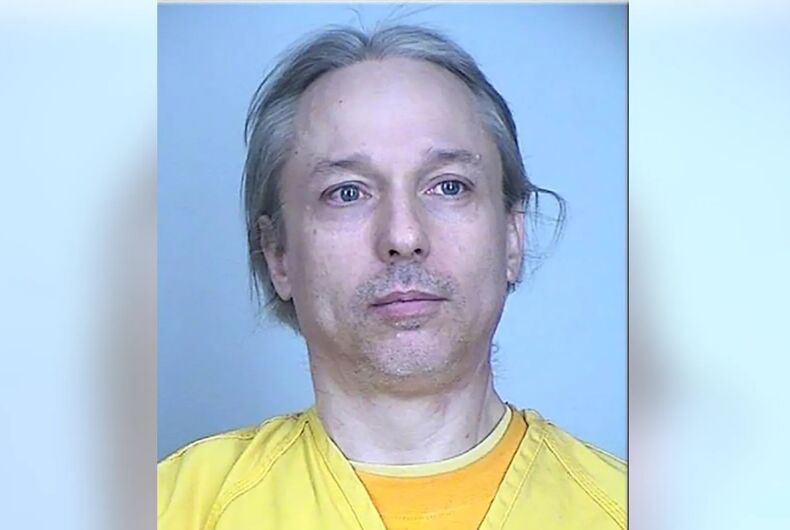 Emily Claire Hari, a convicted domestic terrorist, said that their transgender identity and right-wing misinformation fueled her “inner conflict” when she bombed a mosque to try and kill Muslims on August 5, 2017.

A federal jury convicted Hari of five charges related to the bombing in December 2020. Her lawyer, Shannon Elkins, has asked the court to take Hari’s trans identity into account when sentencing her. Elkins is asking the court to imprison Hari for only 30 years rather than for life, as prosecutors have sought.

Elkins has asked also asked that Hari be placed in a women’s prison, but it’s unclear if the court will grant that request.

On the morning of August 5, 2017, Hari, the leader of a terrorist militia group called “The White Rabbits,” led several recruits to the mosque. Outfitted with tactical vests and assault rifles, they drove to the Dar Al-Farooq Islamic Center in Bloomington, Minnesota.

The militia members then used a sledgehammer to break a window in the Imam’s office and threw in a plastic gasoline container. They then ignited a 10-pound black powder pipe bomb and tossed it into the office as well. There it exploded.

At the time of the attack, Muslim congregants had gathered inside the building for morning prayers. The militia’s attack caused extensive fire and smoke damage to the office. It also set off the building’s sprinkler system, causing water damage. Luckily, no one was killed or injured.

Hari and her accomplices said they wanted to attack to the mosque to let Muslims know they’re not welcome in the United States. In her writings, Hari said, “There is no more anti-Christian religion, and no more anti-American philosophy on the face of the Earth than Islam.”

However, Elkins said that at the time of the bombing, Hari was living a “double life.”

“She strongly desired making a full transition but knew she would be ostracized from everyone and everything she knew,” Elkins wrote in court documents. “As she formed a ragtag group of freedom fighters or militia men and spoke of missions to Cuba and Venezuela, Ms. Hari secretly looked up ‘sex change’, ‘transgender surgery’ and ‘post-op transgender’ on the internet.”

Whether Elkins realizes it or not, she’s playing on old transphobic stereotypes that accuse trans identities of causing people to become psychopathic. These stereotypes play out in numerous films like Psycho, Dressed to Kill and The Silence of the Lambs. But Hari’s Islamophobia and right-wing ideology drove her actions, not her trans identity.

Even though Hari failed to injure anyone inside the mosque, prosecutors said, “To this day, the Dar al-Farooq community feels unsafe gathering, praying, and bringing their families to the mosque. With a single calculated attack, the defendant irrevocably destroyed the sense of safety and peace that a house of worship is supposed to provide.”

Hari’s sentencing is scheduled for September 13.

No one wants to work for Chick-fil-A. They can’t figure out why.