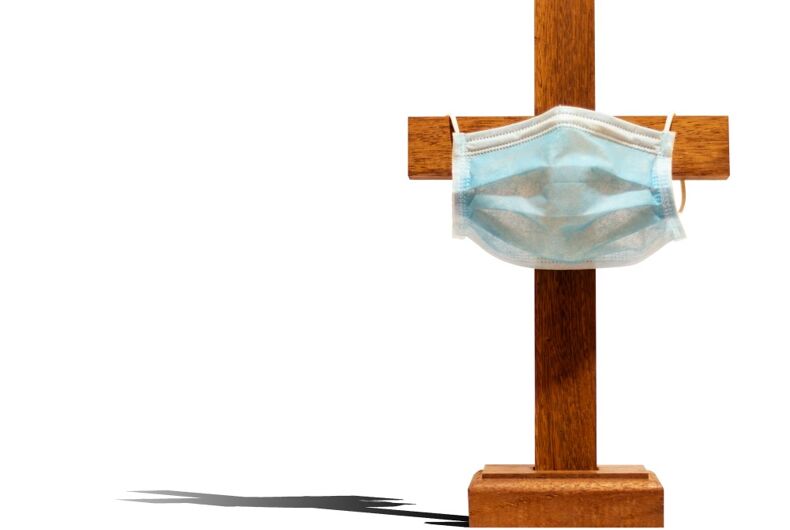 Christian authors William Koenig and Jan Markell are the latest to say that the novel coronavirus is God’s punishment for homosexuality… and he has a bizarre explanation for his theory.

Koenig, who has written several books on the End Times and attacking former President Barack Obama, was on Jan Markell’s Understanding the Times radio show, which says it provides listeners with a “compelling look at current events, Bible Prophecy and apologetics.”

Related: “Ex-lesbian” is “thanking God” for the COVID pandemic because Pride parades were canceled

“The last letter in the LGBTQ is Q for questioning,” Markell says as an image of children is shown on the webcast version of her show. “Which is the mission to confuse kids enough that they question their sexuality so that they can be groomed and be evangelized. It’s so true, Bill, this is a war on children.”

“The Bible is very clear: if you’re gonna go after the children, God’s gonna have the last word on that,” she concluded.

Koenig agreed and said that professional sports leagues, “fashion,” and Hollywood were all “shut down” during the pandemic as God’s punishment for being too LGBTQ-friendly.

“I really sense that COVID is part of the Judgment,” he said. “We had a national shutdown last summer. We had every major sports league that favored the LGBT agenda, that even took on states for their bathroom bills. When you think about Hollywood was shut down. We thought fashion was shut down. Retail was shut down.”

“All these areas that were so pro-LGBT, the COVID shut them down, and I don’t know if they’ll ever recover,” he said.

“You are absolutely right: Don’t touch the children,” he continued. “This crosses the line. It is tragic to see what they’re doing, and our God is going to respond even greater. This is Judgment. This is a pattern of Judgment. Everything about this fits the pattern of Judgment; I’m sorry, there’s no other way to put it.”

In addition to radio, Markell has written eight books, including one about how a Jewish girl who “came to believe that Jesus was her Messiah” just before being sent to a concentration camp during the Holocaust and “God protected her during forced labor… and He made a way for her to escape and be reunited with her mother.”