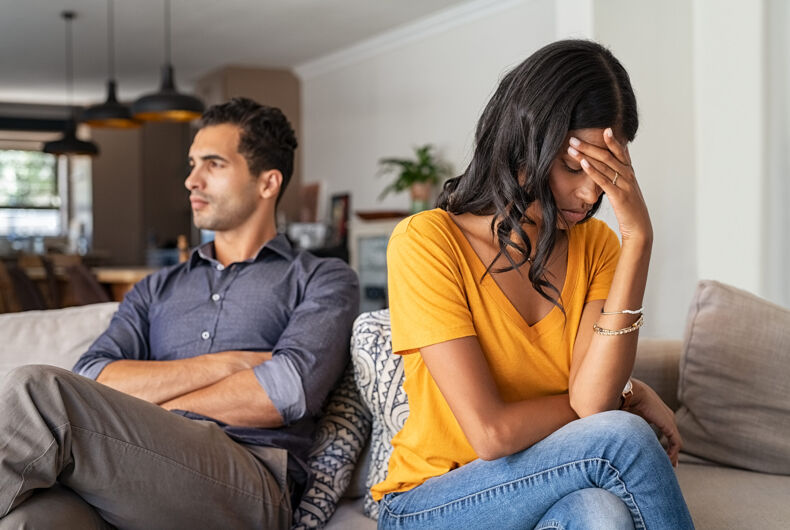 A judge has overturned a ruling that would have forced a bisexual man in Spain to pay his ex-wife for emotional damages – even though they divorced over a decade ago.

Javier Vilalta’s former spouse sued after she found out he had sex with a man before they were married. She accused him of “hiding his homosexuality” and won a monetary judgment for €10,000 for each year they were married.

Related: Egyptians got mad because they thought the government was making “gay” money

The ex-wife also wanted the marriage annulled, saying he used her “as a social refuge” despite his protestations to the court that “I wasn’t gay at that time. I had had a brief homosexual experience.”

“Even if we admit that Javier was in a relationship with a man in the past, in any case, there is no reason why a bisexual person cannot have a happy marriage,” his attorney told the court.

The judge sided with the ex-wife, saying she wouldn’t have married Vilalta if his “true sexuality” was known to her. The judge refused to acknowledge that Vilalta identifies as bisexual and that homosexuality and heterosexuality aren’t the only options.

“The trial has been shameful and the sentence a slap in the face,” Vilalta said after the original ruling was announced. He promptly appealed to a higher court.

The court decided that the original judge was out of line, particularly by forcing Vilalta to testify about his sexuality. The court ruled that the judge’s decision was discriminatory and an invasion of Vilalta’s privacy.

“I feel peace, justice and happiness,” Vilalta said after the high court ruling was announced.

“The lawsuit is the first message I received from her after years of friendship,” Vilalta, a human rights lawyer, said. “I’ve spent a few months adjusting to the situation. It has been difficult for me to assimilate it, but given my career as an activist, I have decided that it must serve to highlight a serious problem.

“Exposing this process and my public judgment should serve to spur a critical look by the public at large. What are the rights to intimacy, privacy or equality laws for? It is something that political representatives must consider, that they must receive the message, assume that this continues to happen and that it is in their hands to proceed so that no one is forced to face a lawsuit for their sexuality,” he added.