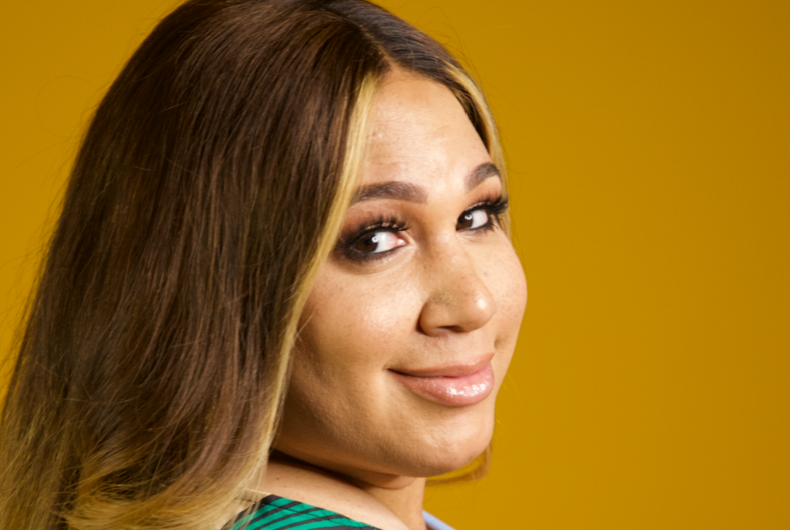 Two years ago, longtime activist Mariah Moore, a Black woman, decided she would run for office. The candidate for New Orleans city council had spent years fighting for the transgender community, and she realized the city government needed people like her.

“I knew that unless we were represented at tables where decisions were being made, that nothing would progress,” she told LGBTQ Nation. “True progress wouldn’t happen unless folks who had been directly impacted by the systems in which we fight back against every single day [run for office].”

Moore is a National Organizer for the Transgender Law Center as well as the Co-Founder and Co-Director of the House of Tulip, which she launched during the pandemic to provide permanent housing to trans and gender nonconforming people in need.

Purchasing property for @houseoftulipno illuminated just how racist our zoning laws are. One of the reasons I'm running is to help root out all the ways white supremacy erects hurdles for marginalized folks. We can and must do better. We owe it to future generations.

Moore grew up in New Orleans, predominantly in foster care. A former sex worker, she spent much of her life struggling to find housing and employment. Eventually, she landed a job in retail, which allowed her to build a hospitality career before shifting to activism.

“We know there are things that don’t work in times of policing,” she said, “and that’s meeting violence with violence. That means our officers aren’t approaching our citizens and our residents in aggressive ways when most situations don’t call for that.”

Too many residents have had traumatic encounters with police, she said, and a lot of people simply do not trust law enforcement.

“I think the job of the New Orleans City Council, as well as the mayoral administration, is going to be making sure we bridge that gap, and that we try to find some solutions to reengage community,” she said.

Our #Movement4Moore runs on people power! Our campaign is about beating the odds, dreaming bigger, & acting more boldly than ever before. I can’t do it alone. I need your help! Visit the https://t.co/6pyN0nKK6Y to join our team! pic.twitter.com/ZodrsRPJMp

Moore is also in favor of the Ban the Box campaign, which seeks to remove the box on housing and employment forms asking if applicants have prior convictions.

“Folks who have previous convictions are ultimately discriminated against when it comes to equal opportunity employment and housing, and that actually perpetuates the wheel of incarceration,” she said.

And finally, Moore hopes to focus on improving the city’s infrastructure, saying the city is suffering from a “failing” sewerage and water board.

If elected, Moore will become the first out transgender person elected to public office in Louisiana. While holding that title will make her proud, she said those who focus too much on that aspect of her campaign miss 98% of who she is.

It is these extreme challenges that Moore said have ultimately prepared her to run for office.

“I think a lot of people  will look at me and say, ‘She doesn’t have the political backing,’ but one thing I do have is a lived experience that no one who is an opponent in this race, no one who is in New Orleans politics could stand next to. I literally pulled myself from the edge of impossible.”

Through all of her work, Moore said she has learned to be intentional, transparent, and fearless, and to make decisions that focus on the betterment of all and not just some.

“Most of all, I have to be revolutionary,” she said.

I’ve been out canvassing with #TeamMariah and I love it! My neighbors are some of the kindest, most hard working, and generous people in the world and they deserve a city councilmember who will fight for them. pic.twitter.com/ndTKg43a85

Remember when the right wing was all about supporting cops & maybe even a little police brutality?