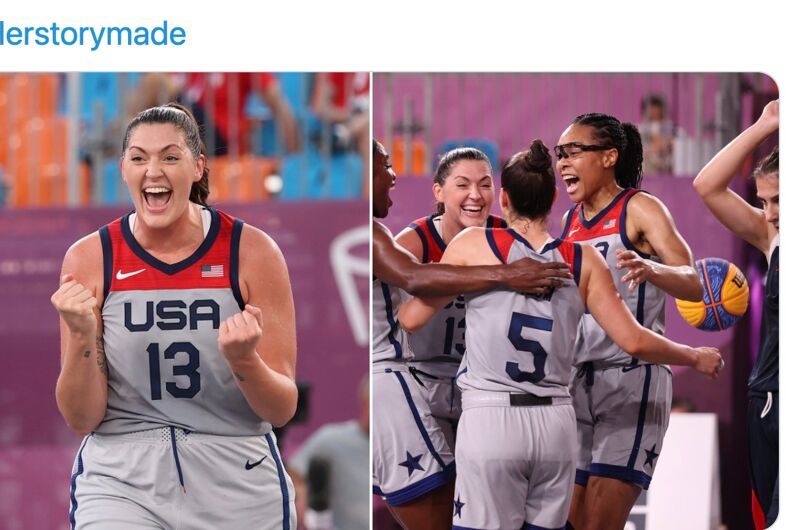 Big Mama Stef Dolson celebrates after winning a gold medal at the Olympics with her 3-on-3 basketball teammatesPhoto: Twitter

Basketball player Stefanie Dolson has become the first out American athlete to win a gold medal at the Tokyo Olympics. British diver Tom Daley has also won a gold medal so far.

With over 160 out athletes participating in the Tokyo Olympics, Dolson isn’t the first member of “Team LGBTQ” to win a gold medal, but along with teammates Allisha Gray, Jackie Young, and Kelsey Plum, she brought Team USA the win for 3-on-3 basketball’s first time as an Olympic sport.

“It’s always special to be the first of anything,” Dolson said after the winning match against the Russian Olympic Committee. “Basketball runs deep in the USA blood. For us to have this accomplishment as well and hopefully start something is really special.”

Dolson plays for the Chicago Sky WNBA team and is known as “Big Mama Stef.”

Editor’s Note: This article has been corrected to reflect the correct spelling of Dolson’s name.