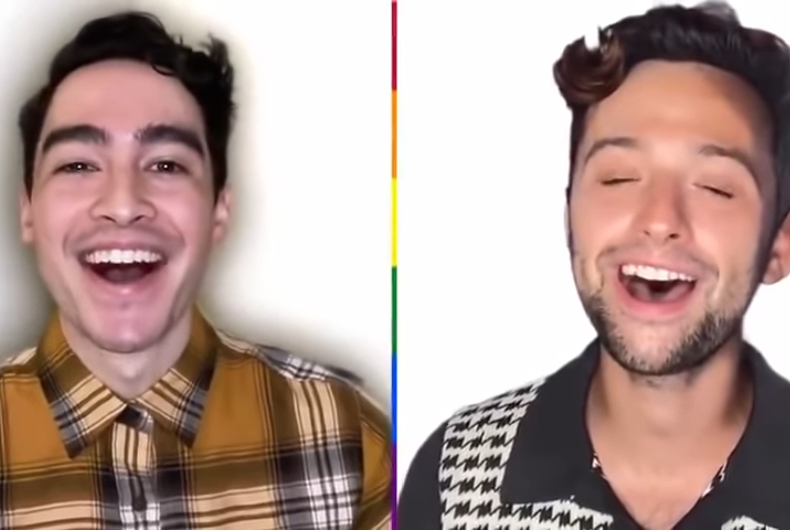 A gay choir is receiving death threats as rightwing media claims that the choir’s members are pedophiles and trolls are trying to get the members fired for their jobs… all because of a satirical video.

Related: A trans teacher got PTSD after years of harassment & a rape threat. Now she’s suing.

The video is obviously intended to be humor with a message: some of the lyrics are “Even grandma likes RuPaul” and “Gen Z’s gayer than Grindr.”

But conservative media isn’t taking it as a joke, with Brietbart News – the same outlet that helped Milo Yiannopoulos rise to fame when he worked there as an editor – calling it “creepy political propaganda” and Pajamas Media angrily calling LGBTQ people “the people who want to convert your children to their lifestyle.”

And those are the more respectable outlets, which are just claiming that the message of tolerance means actually changing children so that they become LGBTQ. Other conservative trolls are accusing the SFGMC of singing about pedophilia. To them, “convert” means “molest” since they believe that child abuse turns people queer.

One troll on Twitter started publishing names of members of the choir and claimed that they were registered sex offenders. The SFist checked California’s sex offender registry and the choir members weren’t on it. Instead, some people with similar names – but different addresses and photos that don’t look anything like them – are on the registry. And thousands of people are sharing the accusation that the gay choir members are sex offenders.

The video immediately started getting hateful comments on social media, and within 36 hours, the SFGMC made it private to stop the abuse.

“We have received emails, phone messages, threats across all of our social media platforms, not just the chorus, but the staff, as well as the soloists who were featured in the song,” SFGMC executive director Chris Verdugo said. “The [YouTube] comment that continues to stick out in my head is the one that said ‘We’re going to put lead in your head.'”

“Some of our members’ jobs were contacted saying, ‘Do you know you have a pedophile working for you?’ or things of that nature. Singers on their social media have been getting threats. It’s been a harrowing 36 hours.”

He said that their office was shut down earlier this week to be cautious.

The SFGMC is working with law enforcement to track down the more violent trolls and they posted a message on social media yesterday.

“We will always accept others who may hold different values, but when violence is their choice of expression, since 1969 we have not backed down,” the statement said.

The statement doesn’t back down from the video’s message, that children should be taught tolerance instead of hatred. The choir argues that LGBTQ children are indoctrinated into self-hatred as society has attempted to convert them to be straight and cis, and yet it’s LGBTQ people who get accused of recruiting children.

“After decades of children being indoctrinated and taught intolerance for anyone who is ‘other,’ from using the Bible as a weapon to reparative therapy, it’s our turn,” the statement says. “We have dedicated ourselves to being role models, teaching, and spreading the message of love, tolerance, and celebration through our music.”

An Important Message to the Chorus Family. ❤️ pic.twitter.com/XBpSY6r4j7

The SFGMC is attempting to remove the video from the internet to reduce the harassment choir members are receiving, which is why LGBTQ Nation is not sharing the video.

School blamed gay student for the horrific bullying he endured. His two dads are suing.