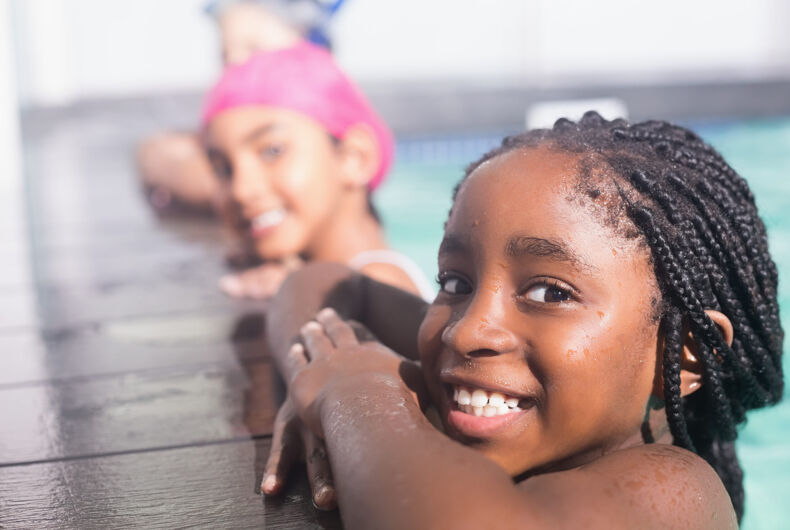 The Olympics begins this week in Japan. There is a lot on the docket to be concerned about in this pandemic: 83% of the Japanese citizenry oppose holding it; roughly 10% of the country is vaccinated as of May; athletes are not required to be vaccinated; and the Delta variant poses a new challenge while the IOC’s safety protocols have been condemned by health authorities.

The least of the Olympics’ concerns should be that of swim caps for black hair. However, the International Swimming Federation (FINA) of the IOC said the design of the caps does not fit “the natural form of the head,” a statement eerily reminiscent of the eugenics movement propaganda meant to substantiate both black anatomical and intellectual inferiority.

In wanting to encourage swimming throughout the global black diaspora, an underrepresented demographic in aquatic sports, Michael Chapman and Toks Ahmed founded Soul Cap. It’s a British specialist brand of swim caps for textured and black hair. They submitted their application to FINA for the caps to be worn at the Olympics to accommodate black hair texture, especially black hairstyles – braids, locks, extensions, or Senegalese twists – that are not commonly appropriated by white competitors in the sport. However, the world governing body straight-out denied Soul Cap stating, no athletes need “caps of such size and configuration.”

FINA’s rejection of the caps cast a pall on its purported welcoming of diversity. It sends, regrettably, a global message of rejection to black and brown and textured hair athletes wanting to compete at an Olympic level.

Growing up, I was bombarded with stereotypes as to why black Americans can’t swim:

58% of Black children cannot swim. According to the Centers for Disease Control and Prevention, Black children, ages 10-14 years, drown at a 7.6 times higher rate than white children. However, after a deeper dive below the surface, answers are revealed.

Slave masters prohibited blacks from learning to swim. They saw swimming as an alternative way to escape slavery.

During the Jim Crow era, municipal pools were racially segregated. Protests desegregating pools were frequently drained or doused with acid.

For example, civil rights activist, Mimi Jones, 73, and a former Roxbury resident who died last year, was part of the 1964 historic St. Augustine swim-in. Jones and her fellow protest swimmers jumped into the “White-only” Monson Motor Lodge pool. The owner of the hotel poured muriatic acid into the water. The photo of the incident is one of the iconic images of the era.

The criminalization of black hair starts early. Sadly, the sports arena is no exception.

In 2019, a 16-year-old high school black wrestler had to make a quick decision about his hair before his match. A white referee had given him an ultimatum: “Your hair covering doesn’t conform to the rule book, so cut your dreadlocks or forfeit.” The viral video of a white female trainer cutting off the athlete’s locs sent shockwaves.

African-American women and girls endure some of the harshest punishments concerning our hair, thereby permitting racist workplaces, institutions, and educators to discriminate against us without repercussion.

In 2017, Mystic Valley Regional Charter School in Malden banned black twins, Deanna and Maya Cook, from playing after-school sports and attending their prom, because they wore hair extensions to school, violating school policy. Massachusetts Attorney General Maura Healey stepped in on the twins’ behalf. Healey sent a letter to the school flatly stating that its policy “includes a number of prohibitions that are either unreasonably subjective or appear to effectively single out students of color.”

Of the 26 women swimmers traveling to the Olympics, only two are black – Simone Manuel of U.S. A. and Alice Dearing of Great Britain. Manuel is co-captain of the U.S. Olympic swim squad. Dearing had initially partnered with Soul Caps until it was rejected.

FINA will not remove their universal swim cap guideline in this Olympics so that “one size fits all.” However, for the sport to flourish, I suggest by the next Olympics, FINA adopts the CROWN ACT (“Create a Respectful and Open World for Natural Hair”). It’s a provision prohibiting discrimination based on hairstyle and hair texture first adopted in California in 2019.

Only then can FINA begin to uphold its mission: “providing a framework for increased participation.”