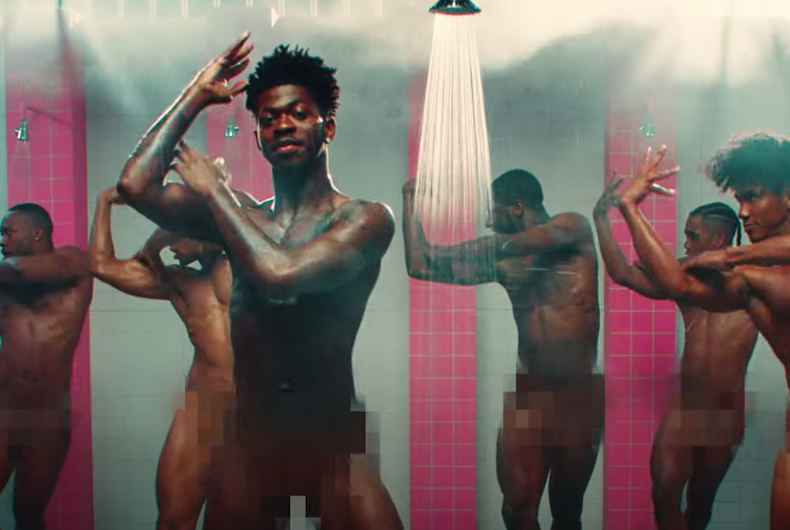 Lil Nas X dances in a prison shower in his video for "Industry Baby."Photo: Screenshot

Lil Nas X has proven that not only is he the master of vertical integration and brand building, he’s also got an eye on the bigger picture.

The video for the superstar rapper’s latest single, “Industry Baby,” is set in prison following the legal proceedings over his “Satan shoes,” but the cheeky joke has a serious side as well. He’s teamed up with the charity The Bail Project, a group that posts cash bails for people in jail awaiting trial and working to end the racist and discriminatory policy altogether.

“Music is the way I fight for liberation. It’s my act of resistance,” the rapper says in a promo for the group. “But I also know that true freedom requires real change in how the criminal justice system works. Starting with cash bail.”

“This isn’t just theoretical for me. It’s personal. I know the pain that incarceration brings to a family. And I know the disproportionate impact that cash bail has on Black Americans.”

If you click on the YouTube link there’s also a fundraiser link for The Bail Project. Just gave, you should too if you’re able! https://t.co/2KQn1PVnnC

Lil Nas X had teased the single’s video with a promo showing him going before a judge for the crime of creating sneakers and being gay, but apparently, it was straight men who got sentenced if Twitter is an example.

That new Lil Nas X got me liking MEN

he warned yall, dont be mad at him https://t.co/7KaUqtKT8S pic.twitter.com/pPXGYqzLh6

The video features Nas twerking in the shower with a bunch of naked dancers and the lyric “I don’t fuck bitches I’m queer but these niggas bitches like Madea” has become the quotable line in the song. And those straight men are willing to consider going gay now if Nas’s retweets are any indication.

Actor Colton Haynes also makes an appearance in the video playing a guard who, of course, thirsts for Nas.

The lil nas x video got me so hard

lil nas x after the director asked him to get naked for the industry baby video pic.twitter.com/crlWFASJSR

Anti-vaxx radio host hospitalized with COVID. He “regrets” that now that he’s fighting for his life.