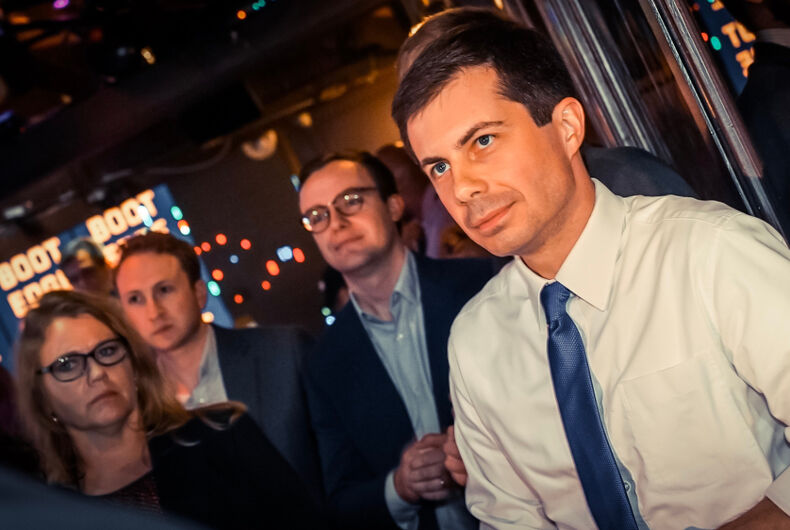 Fox & Friends hosts suggested that people with children should get more votes than everyone else and specifically named out Secretary of Transportation Pete Buttigieg and Rep. Alexandria Ocasio-Cortez (D-NY) as examples of why childless people deserve fewer votes.

The morning show hosts were talking about comments from Republican Senate candidate J.D. Vance, where he denounced “leaders of our country… who don’t have a personal and direct stake in it via their own offspring” at a conference this past Friday.

“Let’s give votes to all children in this country, but let’s give control over those votes to the parents of the children,” Vance said. “Doesn’t this mean that parents get a bigger say in how democracy functions? … Yes.”

While his voting scheme is not yet a mainstream position in the Republican Party, the ideas that people who traditionally vote for Democrats don’t deserve to vote as much and that parents should have absolute control over their children aren’t exactly unheard of in the GOP.

So Fox & Friends discussed his comments as an “interesting idea,” in the words of co-host Will Cain.

“He’s saying childless leaders are making decisions that are short-term in mind, not focused on the long-term future health of this country because they don’t have a stake in the game,” he said.

Co-host Rachel Campos-Duffy decided to name names. Even though she said the scheme was “not feasible,” she pointed out that liberals don’t care about long-term issues like… keeping marijuana illegal.

The issues that Rep. Ocasio-Cortez and Secretary Buttigieg have supported most vociferously – stopping climate change and investing in infrastructure – are apparently short-term goals that will have no benefits for future generations.

“If you’re Alexandria Ocasio-Cortez — our favorite comrade — and you’ve said the world is going to end in 12 years, what do you care?” he said. “It’s this idea of absolute pessimism that the world’s going to end and as a result, we’re the problem and don’t have kids.”