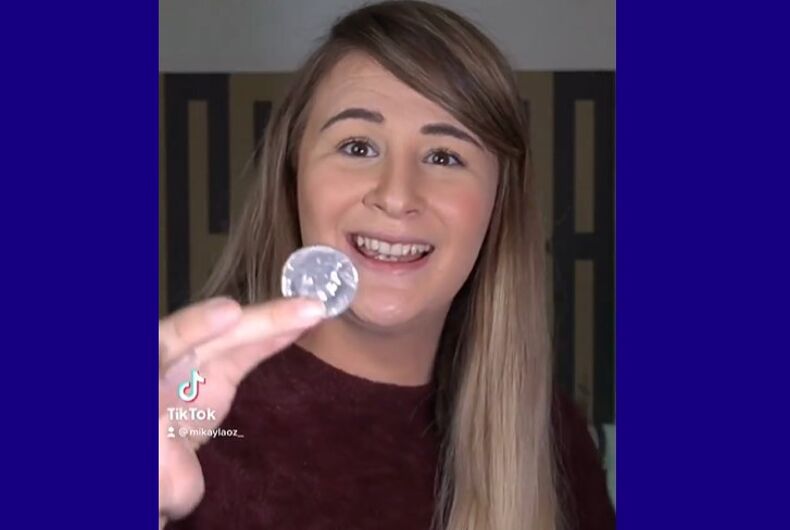 A magician who was set to do a show at two small town public libraries had to cancel her act after she and library staff received death threats from transphobes.

Mikayla Oz calls herself a “rising star in the magic industry” and promises that she “doesn’t do your grandfather’s old tricks.” She has performed in libraries, birthday parties, business events, and schools all over the country. She has appeared a few times on television and has been featured in major publications like USA Today and the Huffington Post for her act that combines magic and comedy.

Oz was scheduled for two shows on July 14 and 15 at libraries in the towns of Gillette and Wright, Wyoming, but she canceled them yesterday, citing safety concerns.

“You ain’t fucking welcome in Gillette,” one message she received said.

According to them, someone in the county shared Oz’s transgender status on social media.

“From there, misinformation about the performances was spread via social media and a call to protest the events was made by a group of citizens,” the Facebook post continues.

“The cancellation came after threats were made directly to Oz and to library staff.”

Libraries have become a battleground for anti-LGBTQ activists in recent years, with Christian conservatives protesting Drag Queen Story Hour events and complaining about LGBTQ-themed books being offered to the public. Rep. Marjorie Taylor Greene (R-GA) first got involved in activism by protesting LGBTQ events at libraries.

But usually protests are about misconceptions surrounding the content of events at libraries, not simply the identities of the people organizing them.

“I feel disappointed in the whole situation,” Oz told Newsweek. “I put on a family-friendly magic show with no mention of me being a woman of a trans experience anywhere in my family show.”

“This should have never even been brought up in the first place, because it wasn’t relevant to my show. I was supposed to simply be there to entertain some families and kids for a fun summer program!”

She also said that she received “a ton of love and support” since the cancellation was announced.

“It makes me sad to see a small, vocal group of the population ruined what was supposed to be a fun community event. There are some amazing and supportive people in Gillette/Wright.”

The deputy county attorney says that the threats are being investigated.

The summer night that Homer saved me from a hate crime