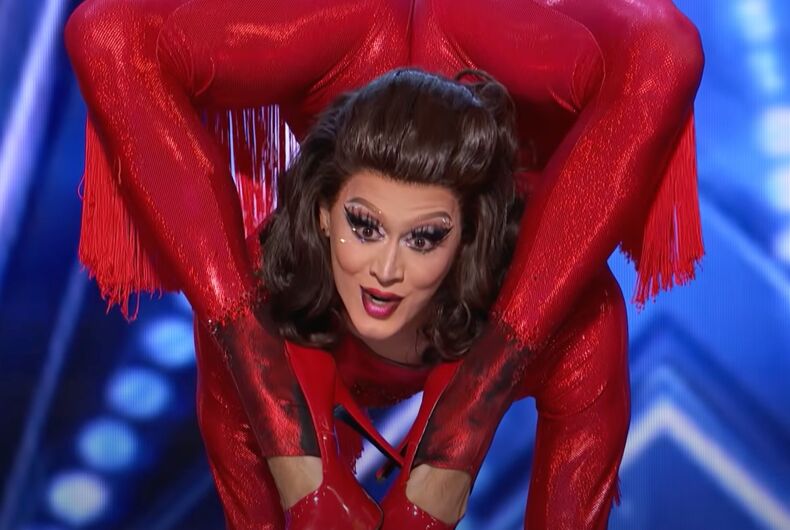 Scarlett Business isn’t your typical drag queen. Kyle Craglem’s alter ego undersold her performance to the America’s Got Talent judges, describing her act as  “hand balancing, contortion and a bit of drag.”

She wowed the judges with her mind-blowing routine, making her the last contestant to be sent through with four yes votes.

Based out of Houston, Craglem studied at the National Circus School in Montreal and performs across the globe as an acrobat. A former Cirque de Soleil performer, he was also the first acrobat to work as a makeup artist for the company.

While Craglem has fans worldwide for his acrobatic skills, it was Scarlett Business that won over the judges with his flawless rendition of Kesha’s “Woman.”