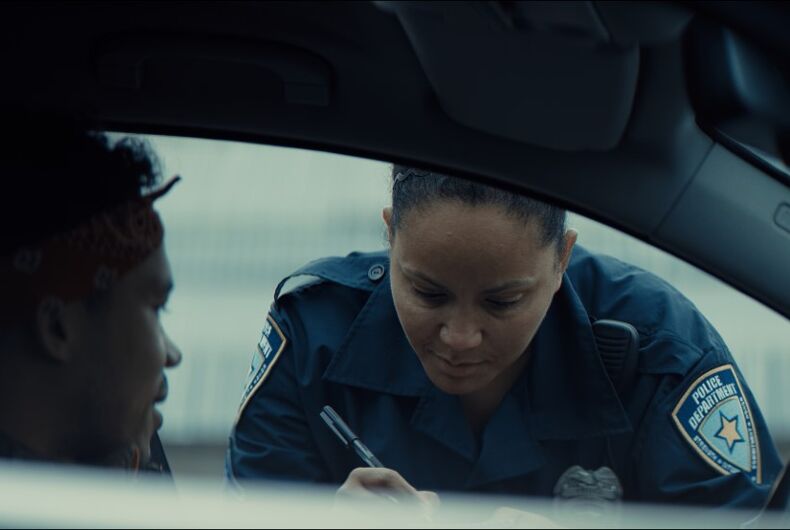 Just as the topic of allowing uniformed law enforcement and law enforcement groups to take part in Pride parades becomes a bigger topic, the William Institute released a study revealing how difficult LGBTQ people still are treated by police.

Based on the methodology of the information, researchers were only able to distinguish respondent’s sex assigned at birth, so while trans people may have been among the respondents, their data couldn’t be distinctly reported from cis people who took part in the survey.

Other key information the study determined is that about one in every four LGBQ person report that they are unlikely to call the police in the future. One in five LGBQ people have been stopped while driving, versus nearly one of 10 general population respondents.

Interacting with police for LGBTQ people is a difficulty on its own. Twenty-two percent of that initial number of LGBQ people who have called the police reported that they would not call them again if necessary. Only six percent of non-LGBQ respondents said the same.

The Williams Institute also found that LGBQ women were “satisfied” with their most recent interactions with police 69 percent of the time — lower than the 85 percent reported by non-LGBQ women.

The revelation illuminates the issues that those in the queer community have long encountered with policing throughout America. That, along with the police brutality that Black and brown people have faced in recent years inspired demands that organizers of Pride events across the country stop working with law enforcement groups.

Last year, Indy Pride organizers announced they would stand with the Black Lives Matter movement and severed ties with the police department, citing police brutality as the reason.