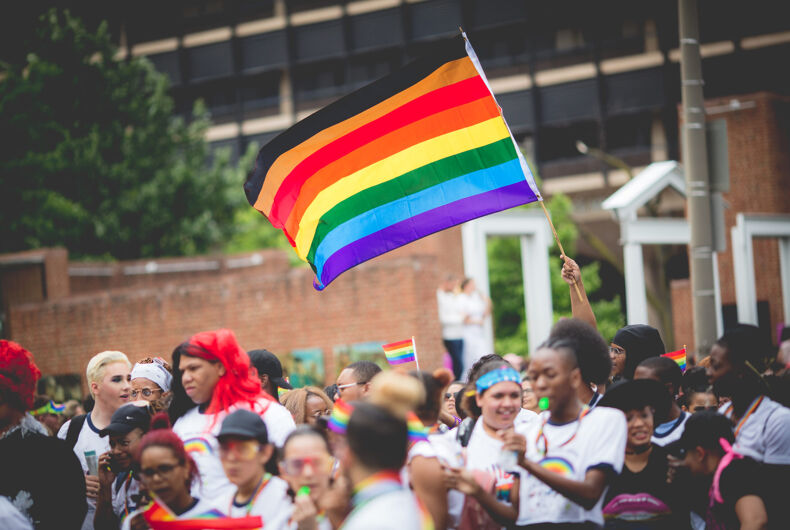 The organization that has produced the Philadelphia Pride parade and festival has abruptly dissolved following backlash over a social media post. The group had planned to hold a “Pride Lite” festival in September, but that has now been canceled.

Philly Pride Presents ran the parade for 28 years and had weathered several controversies in recent years. But while some advocates cheered the group’s demise, others are angry, calling it a “craven response.”

A June 10 Facebook post by the group described the Stonewall riots using derogatory language for transgender women and cast the police as the victims.

After activists condemned the post, it was taken down and the group posted an apology on the page. The administrator and board member who had made the post resigned and the group said it was “deeply sorry that these posts unintentionally offended and hurt the LGBTQ+ black, brown and trans community.”

But shortly after posting the apology, the group took down their Facebook page and portions of their website.

The group had weathered several controversies in recent years from racial discrimination to corporate ties.

Abdul-Aliy Muhammad, an activist who has worked for years combatting racism inside the LGBTQ community and was instrumental in getting the city to adopt the “Philadelphia Pride flag” that added black and brown stripes to the traditional Pride flag, says the group’s demise is “definitely a win.” Muhammad told the Inquirer it “proves why we need something new.”

“The disbandment of PPP robbed the QTBIPOC community of an opportunity to be properly honored and represented in Pride Month festivities and disallowed a smooth transition of power and responsibility over Philly pride events to transpire,” activist Kendall Stephens told Philadelphia Gay News. This decision was a craven response to community pressure that dismissed and further harmed the voices of the most vulnerable in our community.”

“Instead of facing the community with the pride that this month represents by addressing the concerns of those in our community who feel underrepresented and underserved in pride events, PPP chose to systematically silence those voices once again in one last act of profound disinterest and unwillingness to transform pride into a more inclusive and equitable space for everyone in our community. I am saddened by this decision and what this may mean for the rest of Pride Month.”

Philadelphia’s Office of LGBT Affairs had been monitoring the group’s struggles with racial equity for years and said the group “has heard and shared the community’s concerns regarding Philly Pride Presents’ social media presence.”

“While this recent development is still unfolding, we understand the community’s need for a new vision of what LGBTQ+ Pride looks like here in Philadelphia,” executive director Celena Morrison said. “The Office of LGBT Affairs has been in conversation with community leaders and activists as they prepare to reimagine Pride, and we look forward to supporting the many celebrations, rallies, protests, and programming already happening across the city, as the future of Pride in Philadelphia emerges — one that is reflective of the many diverse experiences of our city’s LGBTQ+ communities.”

“That flag is a symbol, it doesn’t mean that the work has ended,” Muhammad said. “People saw it as a result of work that had been done, the end of it. It was just the beginning.”