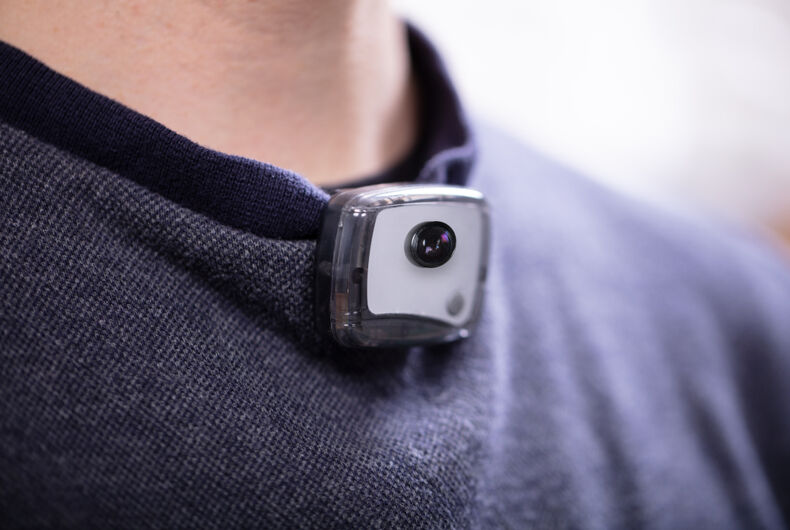 The Nevada Family Alliance, an anti-LGBTQ religious right organization, is demanding the school teachers be forced to wear body cameras in the classroom.

They claim it would prevent students from being taught “radical” lessons on racial justice and LGBTQ rights, but they don’t seem to understand that college-level courses aren’t being taught in elementary schools.

Instead, the group claims that school shutdowns due to the pandemic allowed parents “a new understanding of what has been taking place in some classrooms.” While most parents discovered that teachers were underpaid and overworked, the far-right organization apparently misunderstood the assignment.

“Every day we are told of another incident where a teacher is violating the privacy of a student or contradicting the lessons taught by parents at home. Creating a record that could be viewed by appropriate parties, if necessary, might be the best way to urge teachers to stick to traditional teaching,” said Karen England, Executive Director and founder, said in a press release.

“As students return to classrooms and with heightened racial tensions across America this past summer, the increased emphasis on critical race theory as well as explicit lessons in sexuality has sparked a national movement to demand that schools stick to traditional teaching and avoid left-leaning propaganda.”

Largely unnoticed by most Americans, it became the far-right’s new boogeyman this past year with Donald Trump issuing an executive order banning it, state Republican lawmakers demagoguing it, and conservative media whipping their audience into a frenzy over how critical race theory is being taught to young children in schools.

But unless parents are sending their kindergartners to law school or grad school (or at least to an undergraduate institution with a decent pre-law program or critical theory curriculum), it’s very unlikely that they’re learning about critical race theory.

“Some teachers are going rogue and presenting their own political ideas in the classroom, but in many cases, these teachers are presenting adopted curriculum that might shock parents if they saw it in its entirety,” England added before pulling examples right out of her imagination. “5th graders have been told that because they are white, they are racists, and telling first graders that they can change their gender if they don’t feel like they were born in the correct body.”

Nevada classrooms now include “instruction in Critical Race Theory as presented in Black Lives Matter curriculum and The 1619 Project pushes American students down the road of hate,” the group claims on their website.

Black Lives Matter is a movement and does not have a “curriculum.” The 1619 Project is an ongoing longform journalism project from the New York Times.

“We expect that the teachers’ unions will reject this proposal immediately,” England prophesied as if she knew it was a ridiculous idea before it left her lips. “But we should ask, what they have to hide?”

In the days of regular school shootings, most schools have installed security cameras in classrooms already.