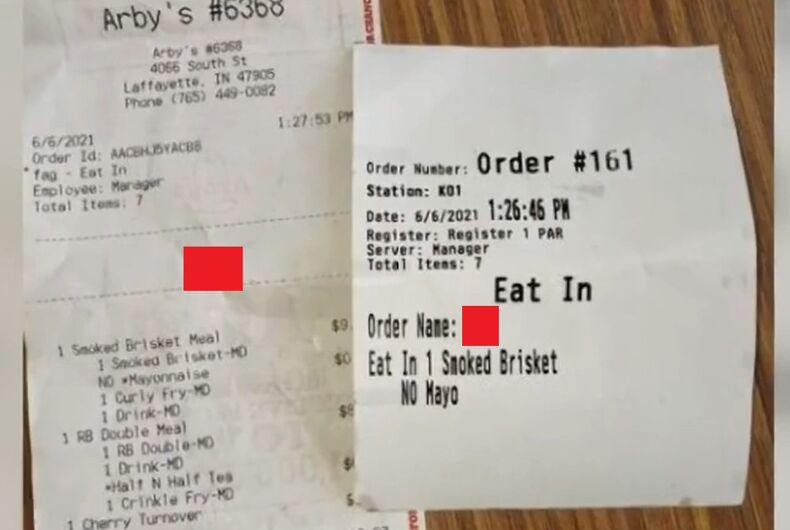 An Arby’s employee in Lafayette, Indiana is out of a job after he decided to call a gay couple a slur on their receipt.

John Burns said he and his partner Craig Gray were “shocked” to find the word “fag” written on their Arby’s receipt after they got lunch this past Sunday.

Related: IHOP waitress gets ‘Gay is wrong!’ message on receipt instead of tip

The men posted a photo of the receipt to Facebook to draw attention to how they were treated and the post got attention on the social media platform. 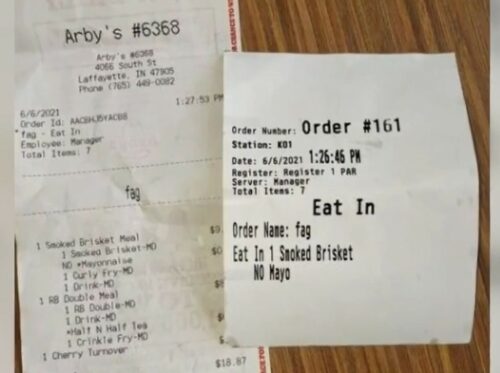 An Arby’s spokesperson told WLFI that the employee who wrote the slur on the receipt was fired “within minutes” of management finding out what happened. They said that it’s “not a part of the Arby’s brand.”

They said that they already have diversity training throughout the company and that they have made “attempts” to reach out to the couple.

“This young man has learned this behavior somewhere,” he said.

Candidate Biden said he’d overturn the Pentagon ban on Pride flags. Will President Biden do it?

Gay conservative gets schooled after he questions the need for Pride