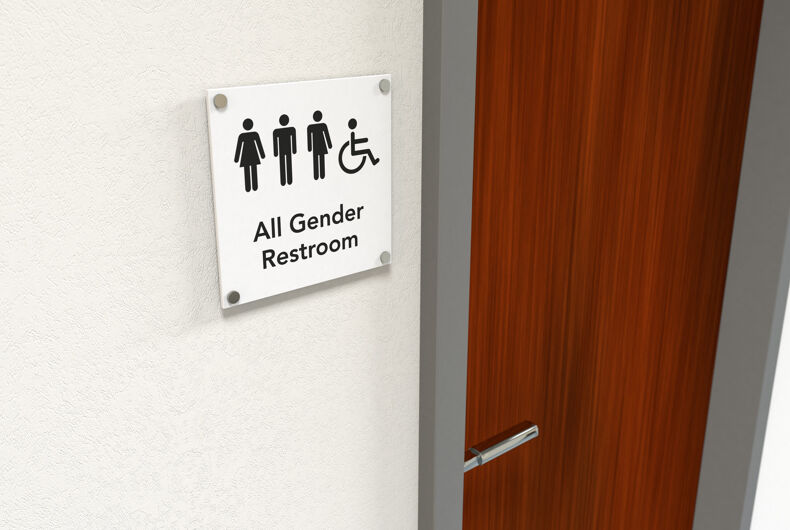 Pennsylvania Republicans have gone out of their way in recent years to viciously insult LGBTQ people and issues. Not content with pushing harmful legislation and using procedural techniques to kill pro-LGBTQ bills, they’ve taken to personal attacks and talking smack on social media about queer issues.

But when state Rep. Aaron Bernstine (R) decided to use the fast-casual chain Noodles & Co. as a springboard for transphobia, the company wasn’t about to take parenting advice from a man who is such a bad father his Republican colleagues called on him to resign.

Related: Out politician Brian Sims shares a sample of the antigay hate mail he gets

“When there is one of these in a restaurant and I have to try to explain to my 6 year old what it means,” Bernstine posted on Facebook with a photo of a gender neutral bathroom sign from inside one of the restaurants. “After telling him that some people want to be different than what God made them, he said ‘well, that’s stupid.’ Yes Dierks, it’s definitely stupid.”

“Instead of just putting a sign up that says ‘restroom,’ they are trying to force this liberal agenda down our throats while indoctrinating kids. And no, we will not be eating at Noodles anymore.”

In response, the company’s Chief Financial Officer, Carl Lukach, described the company culture that led them to post the signs. He listed various “family friendly” policies that were personally important to him as a gay married man with kids – from paternity leave to surrogacy and adoption assistance.

“We welcome team members and guests from all walks of life,” Lukach told Business Insider. “So I feel like this is a very unique core competency of the business, and quite frankly, a driver for talent.”

Out State Rep. Brian Sims (D) recently decried the party’s lack of diversity and the obvious results. Sims’ microphone was cut off during debate on a bill that would force women to bury or cremate a fetus after a miscarriage or abortion.

In the same vein as Lukach’s response, as Republican representatives around him booed and tried to shut him down, Sims responded, “Your boos mean nothing to me.”

70% White Male reps in @PAHouseGOP want to force an insensitive bill on women who experience miscarriages. It's disgusting and harmful. So thankful for @BrianSimsPA for pointing out the misogyny and arrogance. https://t.co/96xjhpsnhI

Gay couple gives back to the community to celebrate 25th anniversary