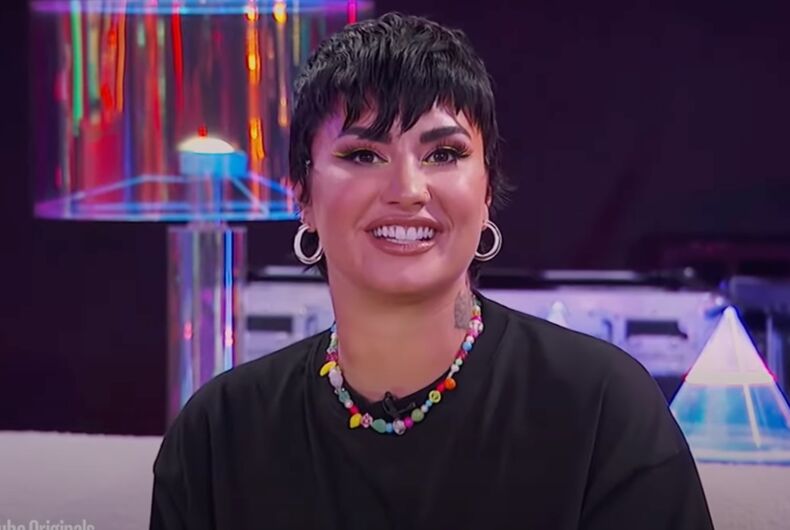 Pop singer Demi Lovato came out as nonbinary in May and now they’re opening up about the “reality” of their decision to share their identity with the world. Lovato prefers they/them pronouns and previously identified as queer.

The singer performed at the YouTube Pride 2021 event wearing a yellow, purple, and black outfit. The colors make up the nonbinary pride flag.

“The past year and a half, I’ve been doing some healing and self-reflective work. And through this work, I’ve had this revelation that I identify as non-binary,” they said in the video. “I feel this best represents the fluidity I feel in my gender expression and allows me to feel most authentic and true to the person I both know I am and am still discovering.”

“Every day we wake up, we are given another opportunity and chance to be who we want and wish to be,” they tweeted.

Earlier this month, Lovato spoke about changing their pronouns and the “process” people need to go through to adjust.

“It feels weird to me when I get called a ‘she’ or a ‘her,'” they explained. “I understand that people might have a hard time adjusting to it, because it is something new, but I want to encourage people to keep trying. I understand that it’s a process to get used to. Sometimes I still mess up myself, but it’s OK.”

“I’m still, every day, stepping more and more into the identity that feels right to me. Which is my pronouns being they/them.”

“I actually had come out to loved ones and friends last year, but this year I made it public,” they said during an interview portion of the YouTube event. “I felt it was really important for me to share that with the world. I’ve been so open and honest with my truth to my fans. I felt holding it any longer just didn’t feel right, and I wanted to share my truth with the world.”

“People have been so…well, most people have been so wonderful, and that’s the reality of coming out,” they said. “But I am grateful for the progress that my family members have made in using my pronouns — team members, friends.”

“I love the conversation that it has begun to spark — I think that’s really important,” Lovato added. “So I have officially changed my pronouns to they/them, and I feel better than ever.”