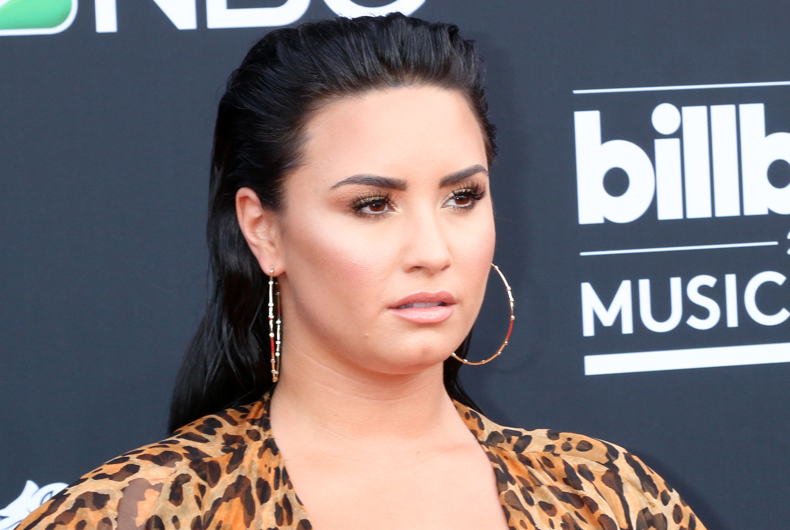 Grammy-nominated singer Demi Lovato has come out as non-binary in a video posted to social media.

“The past year and a half, I’ve been doing some healing and self-reflective work. And through this work, I’ve had this revelation that I identify as non-binary,” they said in the video. “With that said, I’ll officially be changing my pronouns to they/them.”

“I feel this best represents the fluidity I feel in my gender expression and allows me to feel most authentic and true to the person I both know I am and am still discovering,” they continued.

“Every day we wake up, we are given another opportunity and chance to be who we want and wish to be,” they tweeted with the video.

Every day we wake up, we are given another opportunity & chance to be who we want & wish to be. I’ve spent the majority of my life growing in front of all of you… you’ve seen the good, the bad, & everything in between. pic.twitter.com/HSBcfmNruo

Lovato has identified as queer for years and earlier this year they came out as pansexual.

“I’m so fluid now — and a part of the reason why I am so fluid is because I was super closeted off,” they said at the time.

They have used their platform to advocate for LGBTQ equality and progressive politics in the past. In 2017, Lovato took the first transgender state lawmaker in the U.S. – Virginia Delegate Danica Roem (D) – to the American Music Awards, saying that Roem “put up with a lot of hate and bullshit by people who said she couldn’t win but she did.”

Last year, Lovato recorded a phone message to help get out the vote in their home state of Texas for the 2020 elections and recorded “Commander-in-Chief,” a protest song denouncing Donald Trump.

Peace isn’t binary. You can be both pro-Palestine & pro-Israel.