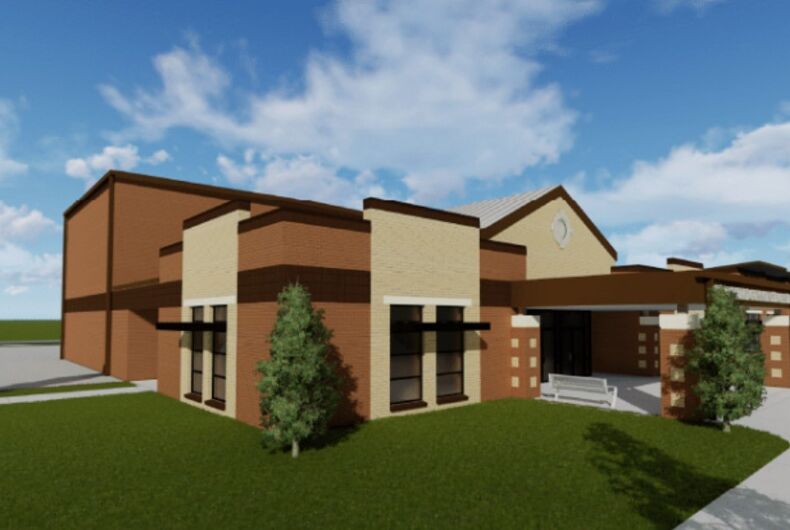 On May 18, officials with the City of Springfield in Tennessee voted unanimously to allocate $1 million to Bransford Community Center, a project for a community center intended to, according to its mission statement, “greatly enhance the quality of life for our youth and adults” in the area.

Twenty articles in The Tennessean have covered the Bransford Community Center’s start-up trajectory since 2014. Local officials previously pledged to match a capital campaign of millions. In past years, Tennessee’s Department of Education has funded Bransford Pride, the Center’s main initiative, with a LEAPS grant of $60,000.

I contacted Springfield’s mayor and Board of Aldermen twice over the past six months, and once cc’d a Bransford board member who currently serves as a local elementary school principal. Mayor Ann Schneider did not respond.

Alderperson Lisa DiVirgilio Arnold – arguably the Center’s staunchest political ally – blocked me on her private and public Facebook pages for raising concerns about Gardner’s sermons. The Bransford Community Center board member dismissed my concern as a “personal matter.”

“A central theme of anti-LGBTQ organizing and ideology,” according to Southern Poverty Law Center, “is the opposition to LGBTQ rights, often couched in demonizing rhetoric and grounded in harmful pseudoscience that portrays LGBTQ people as threats to children, society and often public health.”

Just last month, Gardner discouraged listeners from being “closet Christians,” and in a mid-June sermon last year, exclaimed, “He don’t need folks that got stuff in the closet!” He goes on, “You better stop thinking God’s mercy ain’t never gonna run out! Oh, yes! There is a time when God brings justice!” A week later, on a Father’s Day, he explicitly denounced same-sex families, citing Myles Munroe, a notoriously anti-LGBTQ and misogynistic Bahamian televangelist.

An early July Bible study, “Sweet Little Lies,” fixated on same-sex marriage. Gardner declared that God abandons “men with men and women with women” – “he’ll wash His hands of you” – for being “delusional and reprobate” about “vile affections.” When confronted, on record, he followed up with a mid-July broadcast titled “Don’t FOLD.”

“In What Do You Tolerate?” was an early September Bible study where Gardner likened LGBTQ inclusion to “a Jezebel spirit” of false prophecy, and LGBTQ people to the Antichrist, one tentacle of the satanic False Trinity, also comprised of the Devil and the False Prophet.

“Remember, Jezebel does not have to be a woman. Jezebel is a spirit that infiltrates God’s people, and tries to… take you away from the unmitigated, unapologetic truth of God’s word, and to convince you to believe something else is right,” Gardner stated. “A Jezebel Spirit will always come to proclaim a new truth… there’s only one truth.”

He maintained, “I don’t tolerate anything that God’s word has expressly forbidden.”

Gardner also warned of a “New Age” “battle cry” and “mantra” for acceptance, advising, “Be careful that you allow anyone in your life that always makes you feel like you’re ‘OK,’ when you know…the Holy Spirit of God has probably already convicted you.”

He then attributed broader acceptance for LGBTQ families to the Antichrist.

“That’s why, today, you see the conventional notion of family – a mother and a father, a two-parent household, a man and a woman – that’s so condemned by the world. People look at you strange… that Antichrist spirit is always going to push back.”

He doubled down on this stance in late September, and in late October, associated the innate sense of having been “born this way” to backsliding.

In response to this, I recommended several of my writings, including 6 Ways the Church Can Address the LGBTQ+ Suicide Epidemic and 10 Tactics of Anti-LGBTQ+ Pulpit Bullies, both for Psychology Today.

Why does this small town’s politics even matter, especially during Pride Month?

Building momentum for LGBTQ inclusion may seem futile in rural and small-town areas like Springfield, but these places need solidarity from the broader LGBTQ community most. A dearth of civic outlets and economic opportunity plagues Springfield, driving disproportionate rates of addiction and homicide. A town of 13 square miles, with a population of about 17,000, Psychology Today lists one single counselor for the town.

Springfield’s LGBTQ folks suffer from the absence of an LGBTQ center and the lack of an LGBTQ-inclusive anti-discrimination policy. I know firsthand from spending half my childhood there. And I can confirm it, as counselor, researcher, and suicidologist who studies the welfare of minoritized communities grappling with rural America’s pervasive religious extremism, right-wing xenophobia, and structural divestment.

The Bransford Community Center has potential. But what support can it realistically offer LGBTQ folks, especially kids, when its president refers to us as the Antichrist?

Leading a small town’s only education center, while also spewing hate from a known church’s pulpit, is particularly dangerous, as other educators, parents, and students alike, internalize the attitude that relentlessly alienating and ostracizing certain demographics is permissible. The inherent contempt in these Bible-bashing hate-sermons reverberates far beyond Facebook Live or sanctuary walls, out into classrooms, living rooms, and workplaces… and even state legislatures.

In fact, the City of Springfield’s decision coincided with the Tennessee General Assembly’s passage of five anti-LGBTQ bills in the span of a few weeks – more than any other state legislature.

“Tennessee is taking the crown for the state of hate,” said Sasha Buchert, an attorney for Lambda Legal, according to NBC.

Tennessee youth in crisis have contacted the Trevor Lifeline – a suicide lifeline geared toward LGBTQ youth ages 12-24 – 2,400 times over the past year, according to Amit Paley, the Trevor Project’s executive director. And a recent Trevor Project survey revealed that 94% of LGBTQ youth nationwide reported that recent political events had taken a toll on their mental health. Tennessee’s state of child welfare and education for LGBTQ kids is already abysmal, to say the least.

In Middle Tennessee – where Springfield is – approximately 40% of homeless youth are LGBTQ, and 78% experience further abuse in the foster care system. LaunchPad, a Nashville shelter for LGBTQ youth, reports that when shelters miss a 72-hour critical period of intervention, hunger often forces youth to resort to survival sex with adults who can manipulate them into succumbing to unhealthy and unsafe power dynamics.

Organizations such as GLSEN Tennessee and Metropolitan Nashville Education Association accomplish much to counteract exclusionary, top-down education policy from state officials. Recently, the latter took a bold stance against the General Assembly’s slew of anti-LGBTQ bills, voting to adopt its own inclusive anti-discrimination resolution. Yet small towns like Springfield are still subject to the governance of county school boards, composed primarily of representatives from mostly fundamentalist, homogenous, rural areas.

A core tenet of Protestant fundamentalism is establishing a theocratic government. This, combined with increasing backlash to political shifts post-Trump, means hyper-religiosity will likely continue dominating state legislatures and municipal governments across the American South. But those of us living far off in urban centers still have a duty to speak up for our LGBTQ siblings living in unlikely places.

They need us for a fighting chance at equity. And we often possess the cultural, economic, and social capital to bolster their inclusion initiatives, and effectively negotiate with leaders erasing their representation and legislating their lack of safety. Celebrating the arc of LGBTQ progress will never fully sit right with me, even during Pride, when I know so many back home are still burdened and threatened by a political climate that harkens back to a half-century ago in the big city I now call home.

Organized religions rarely agree on much except for one thing: Oppression of LGBTQ people