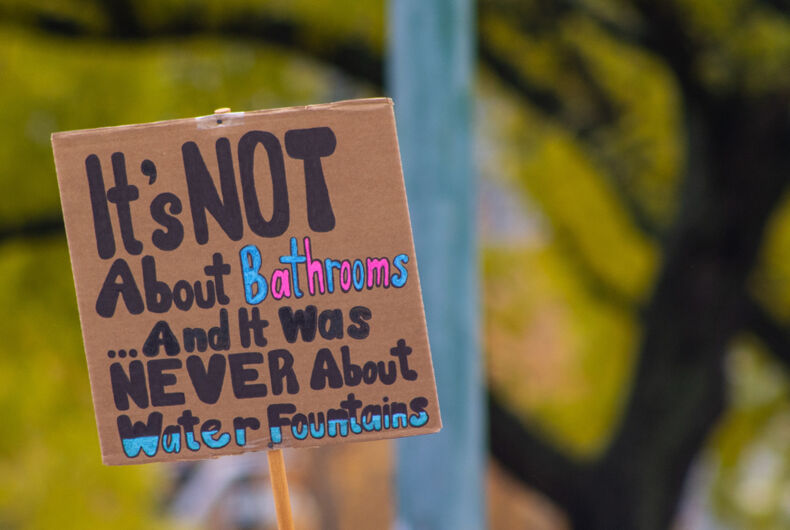 To anyone who will pay attention, I recommend the late comedian Bill Hicks.

So many people say that we sorely needed the wit and insight of George Carlin in 2016 – and still need it in the years since. That’s not something I can disagree with – though, given the opportunity, I will argue that we’ve needed Bill Hicks even more.

While he knew he was dying, he served up the most vicious takedown conceivable of so-called reality TV.

Okay, many of us today properly deride the cancer that is that part of our ‘culture.’  But Hicks offered that takedown in 1993 – well before it metastasized and ate a generation’s collective brain.

He also offered an interesting take on the previous year’s Rodney King Riots (as well as the trial that preceded them, though that’s a different matter entirely, and a take that includes some decidedly politically incorrect language).  In a pre-internet world, Hicks hopped on a plane for a trip from L.A. to London, arriving in the latter having no clue as to the carnage that began in the former just after his flight left.

His description of the newspaper headlines he saw when he got to Heathrow?  “L.A. Burns to Ground.”

His comedy routine recollection of his first thought upon seeing the headline?  He must have left a lit cigarette back at his west coast apartment.

I too was on a journey as L.A. was burning. Nothing that fancy, though – and certainly not trans-Atlantic. I was driving through the backwoods of east Texas, headed towards Little Rock, Arkansas to attempt to peddle some artwork at a sci-fi convention.

But instead of hanging around at the convention during the weekend, I ventured north to make some more artwork – photos of other backroads that I’d not yet seen in states I’d never set foot in.

Missouri, Tennessee, Kentucky… And Illinois – the state I find myself a resident of almost three decades later.

Granted, over the course of less than two full days, I didn’t have a chance to get very far into Illinois.  Where I now live would have to wait for a few years; instead, I just made a quick jaunt into the decaying town of Cairo, known for not much else than being the sentry at the confluence of the Ohio and Mississippi Rivers.

I was well into adulthood, but ultimately I was still the frightened little kid from Texas whose father repeatedly spewed tales of the inherently evil and poisonous nature of everything north of where he was born (southern Arkansas). Such rants often included mention of what he branded as a diseased industrial cesspool – but what most folks call the Ohio River (and the less of what he had to say about Illinois as a whole the better).

But, when I drove across the Hwy. 51 bridge over the Ohio, I didn’t die.  I didn’t develop boils.  I didn’t join the Communist Party.  I didn’t turn trans; I was born this way.

All I did was look to the south and see two really big batches of water becoming one even bigger batch. It’s still a pretty cool sight; if you’re ever in the area, I recommend taking a peek at it even if you need to detour a bit.

And all throughout that weekend, I felt alive.  As for my cheezy, crappy art that I was headed back to Little Rock to check on?  Well, to no great shock, I didn’t sell squat.  I’ve gotten far more use out of the photos I took that weekend.

And that’s in addition to the now-sometimes-fleeting remembrances of just feeling alive.

In a very real sense, you can draw a straight (no pun intended) line from my rambling adventure that weekend to the very fact that you are looking at my words right now.  Later that summer I drove out to California – though only to Needles (cue Three Dog Night); the summer after that: San Francisco (and another sci-fi convention attended by people who had the good sense not to buy any of my crappy sci-fi art); the summer after that: Canada (cue Leonard Cohen); two summers after that: England (cue Blur).  Now, as Bill Hicks did, I had help from a plane to get across the pond – but once there when I wasn’t on foot I was on wheels on the left side of the road.

May 1992 was one small part of my coming out of a shell.  It took a bit longer for me to get up the courage to begin the transition process, but it is not hyperbole to say that one would not have happened without the other.

Likewise, I can’t imagine my ever going to law school… And then after that moving from Texas to Minnesota… Or from there to Iowa…

Or from there to Illinois – and an often stressful (yet never dull) career I’d have never had and a really cool colleague I’d have never met had things not gone the way they have.

But all of this is not merely reminiscing about a few days I took off from work 29 years ago; nor is it just a shout-out to a colleague at my present-day job.

It’s something I’m doing to distract myself from so much else of the present day – some of it personal that gives me the weepies on occasion and something that some will say is political, though it is anything but.

This signage mandate from Tennessee does a bit more than make me cry: “This facility maintains a policy of allowing the use of restrooms by either biological sex, regardless of the designation on the restroom.”

True, it is just businesses and government buildings that must obey the sign-wearing edict.

Your guess is as good as mine as to when Tennessee politicos decide to put the display burden not on the certain places that have restroom facilities but on certain people who might need to use those facilities. You shouldn’t need a Ph.D. in history to see what this Tennessee law is a precursor to.

So, no, this is neither reminiscence nor shout-out.

It is none of that. It is pure fear.

Fear of what this new law is really saying. For it says nothing about protecting anyone.

Instead,  it is an aspirational statement of national enforced conformity: a statement that a certain category of people – a category to which I belong – should stay in our place.  They say that I should never burden respectable jurisdictions with my presence.  They say that my cis colleague and I should never have had the opportunity to work together as equals – and that future trans women and cis women never will.

True, the new law could not reach back in time to criminalize my use of public accommodations in Tennessee 29 springs ago even if I had by then transitioned… But I have wandered through the state on a few occasions since transitioning.

And, make no mistake, the people who put this law into force are telegraphing to the world in no uncertain terms that if they could criminalize us ex post facto, they would.

And they are telling me that, should I get the urge to drive down to Texas later this year for my mom’s 90th birthday, I’d better not have the temerity to take a route that goes through Tennessee.

We fail to believe them at our peril.