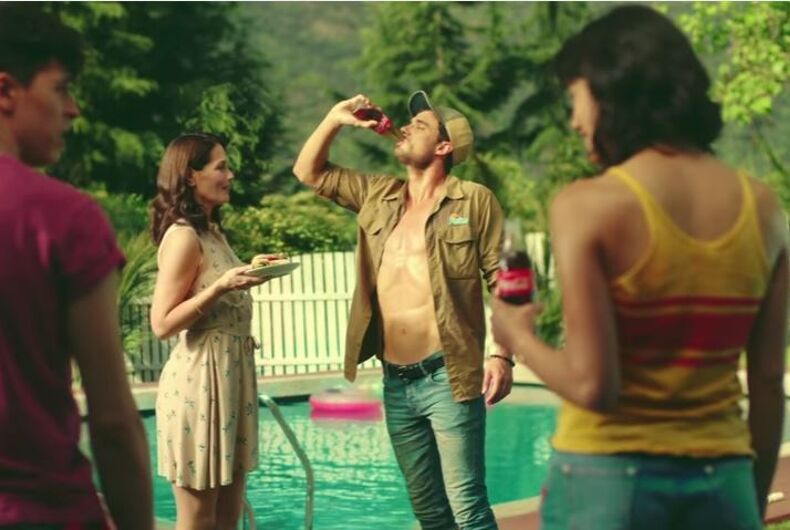 Coca-Cola is making changes in real time after facing harsh backlash for its new label customization tool that has been limiting customers from using certain LGBTQ labels yet allows a myriad of slurs.

Across social media, people began sharing their blocked attempts to input words like “Gay Pride,” “Lesbian,” and “Transgender.” Yet, they were able to use anti-trans slurs, as well as words like “Cock suckers,” “Trump Won,” and briefly, “Nazis.” Despite allowing “Israel” and “Blue Lives Matter,” the tool also did not let customers use “Palestine” and “Black Lives Matter.”

Related: Someone yanked down a Colorado town’s Pride flags and left a Confederate flag in their place

They allow this though 💀 pic.twitter.com/FoeQvGC54a

happy pride @CocaColaCo wish I could write "lesbian" but these will have to make do pic.twitter.com/3nUsmgulDE

As folks across social media tweeted photos of what is and isn’t allowed, Coca-Cola has speedily been making updates. “Lesbian” and “Transgender” now work, for example, and “Nazis” and at least some anti-trans slurs do not. However, “Gay Pride” is still inexplicably blocked, as is “Black Lives Matter” and “Palestine.”

“Blue Lives Matter” has now been blocked as well.

“Oops! Looks like the name you requested is not an approved one,” the website says when a blocked label is attempted. “Names may not be approved if they’re potentially offensive to other people, trademarked, or celebrity names. We’ve worked hard to get this list right, but sometimes we mess up. If you think this is an error, please contact our Customer Care team. Otherwise, please try again, keep it fun and in the spirit of sharing!”

In a statement, The Coca-Cola Company told Newsweek, “We’re continuously refining and improving our Share A Coke personalization tool to ensure it is used only for its intended purpose – for Coca-Cola fans to celebrate with one another and make connections. We add terms and phrases if we feel they are consistent with that intent.”

By allowing users to add a rainbow label but flagging everyday LGBTQ words as offensive, Coca-Cola is of course being criticized for rainbow washing during Pride Month.

“Coca-Cola allowing you to put every anti-trans slur on their rainbow bottles but banning you from writing ‘lesbian’ is peak corporate pride tbh,” wrote trans activist Arthur Webber, on Twitter.

The company has made 28 donations since 2016 to 23 politicians with anti-LGBTQ views.

Overall, this corporate gimmick is simply a huge mess.