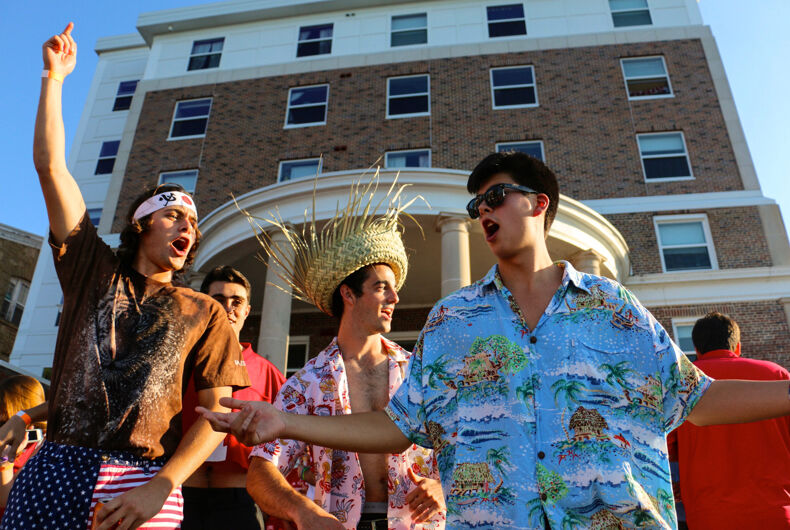 Florida Gov. Ron DeSantis (R) has signed legislation that will require university and college students, faculty, and administration to declare their political views to ensure the institutions aren’t “indoctrinating” children into liberal “ideology.”

The shocking law not only requires the schools to survey staff and students, but it also allows students to secretly record professors so they can sue if they don’t “feel free to express beliefs and viewpoints on campus and in the classroom.”

Florida Republicans made it clear they did not intend for the law to protect liberal or minority students, decrying the institutions of higher learning as “socialism factories” and “hotbeds for stale ideology.”

“It used to be thought that a university campus was a place where you’d be exposed to a lot of different ideas,” DeSantis said during a bill signing ceremony. “Unfortunately, now the norm is, these are more intellectually repressive environments. You have orthodoxies that are promoted, and other viewpoints are shunned or even suppressed.”

The governor couldn’t name a single instance of this happening and instead deflected to claiming he knows “a lot of parents” who are worried their children will be “indoctrinated” with liberal beliefs.

“As the governor said, we are at great risk, as a nation and as a state, on the lack of intellectual diversity that is on our university campuses,” state House Speaker Chris Sprowls (R) said. “We have decided that one ideological standard will win the day, but the thing is we’re losing because we’re not having real conversations.”

While Democrats fought the bill, saying the information could be used to punish faculty or force them out, Republicans denied that was the intent. But the language of the bill and DeSantis’ statements belie the assurances. There are no guarantees the information will be anonymous or who can use the date and for what reason.

DeSantis claimed he was promoting “intellectual diversity” by signing the bill approximately two weeks after the State Board of Education banned the teaching of critical race theory in public schools at his request.

Administrators admitted that no school districts taught the law school-level course to elementary school children. The concept examines the effect of racism in American legal policies and institutions.

Pride in Pictures: Partying through a rainbow-streaked Iceland