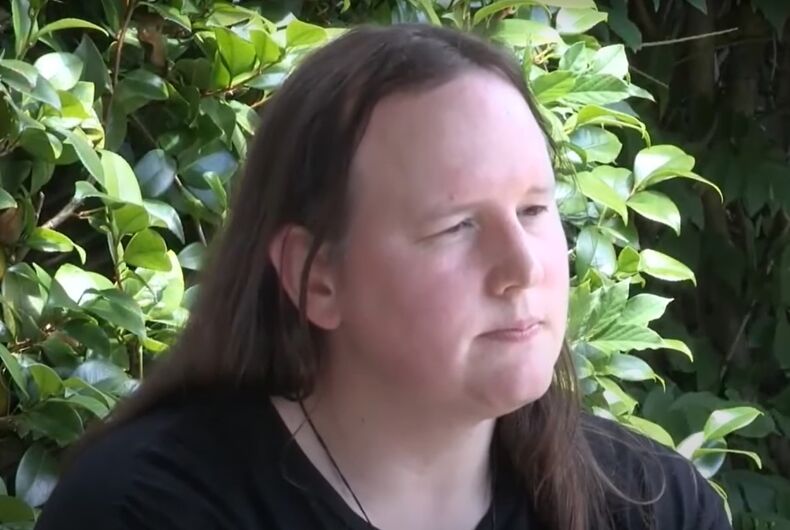 New Zealand weightlifter Laurel Hubbard is set to become the first transgender person to compete at the Olympics.

Hubbard has previously medaled at the 2017 World Weightlifting Championships and at the 2019 Pacific Games in the heaviest categories of weightlifting, and soon she will be competing at the Olympics in Tokyo.

Related: Sarah McBride is set to be the first transgender state senator in the U.S. after primary win

While the New Zealand Olympic Committee won’t announce teams for another month, a source with the International Weightlifting Federation (IWF) told The Guardian that rule changes due to the COVID-19 pandemic means that she’s a shoo-in for the team.

Previously, lifters needed to have competed at six competitions, but that requirement was lowered to four after several major competitions were canceled due to the pandemic.

Hubbard would also be the oldest lifter at the Tokyo games at age 43. She suffered a major injury at the 2018 Commonwealth Games in Australia but came back to win the gold at the Pacific Games the next year. She’s currently ranked 16th in the world in women’s weightlifting, and several people ranked above her won’t be at the Olympics because the number of athletes each country can send is being limited due to COVID-19 by the IWF.

Hubbard started her transition in 2012 after having previously competed in men’s categories. She came back to competitive lifting in 2017, two years after the International Olympic Committee (IOC) changed its rules to allow trans women to compete if they have been on hormone replacement therapy for 12 months and have a low level of testosterone.

Hubbard said, though, that she would have qualified under the previous, more stringent IOC rules set in 2003.

Hubbard was still subjected to transphobic attacks for competing, with the Australian weightlifting federation trying to block her from the 2018 Commonwealth Games. Organizers let her compete.

“A man is a man and a woman is a woman and I know a lot of changes have gone through, but in the past Laurel Hubbard used to be a male champion weightlifter,” said Michael Keelan, chief executive of the Australian Weightlifting Federation. “The strength is still there and I think it’s very unfair, and for all females it’s unfair.”

But that hasn’t stopped her from living as her true self and doing what she loves. She’s modest about her role as a trans woman visible on the world stage.

“It’s not my role or my goal to change people’s minds,” she said in a 2017 interview. “I would hope they would support me, but it’s not for me to make them do so.”

I’m vaccinated. Can I go to Pride now?