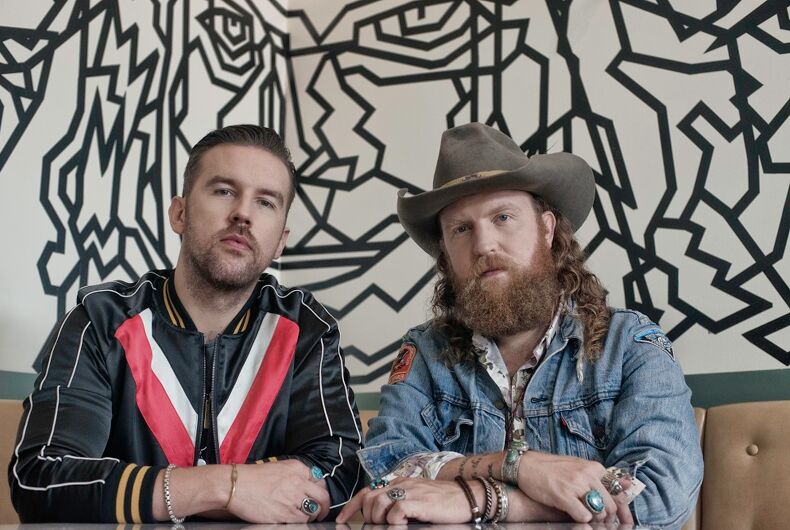 Tennessee Republican legislators have been focused on attacking the LGBTQ community for years, earning nationwide scorn for their repeated attempts to pass a “slate of hate” widely condemned by celebrities, corporations, and activists. Most of the extreme measures are not supported by the general public.

But GOP House members took things a step farther this week when they blocked a symbolic resolution honoring country music star T.J. Osborne and people believe the Republicans blocked it because he’s gay. Now Osborne – and other country music superstars – are responding.

Osborne, part of the hit duo Brothers Osborne, came out recently in an interview with TIME Magazine. The group has been nominated for seven Grammys and won four Country Music Association (CMA) awards in the past five years. With three studio albums under their belt, the duo’s best-known single is “Stay a Little Longer.”

State Rep. Jeremy Faison, chair of the House Republican Caucus, rejected the measure despite unanimous passage in the Republican-controlled state senate. Faison cited concerns that the resolution “wasn’t heard in committee, and I feel like it needs to be.”

The House had previously voted for measures sponsored by Republicans that honored rightwing pundits Ben Shapiro and Candace Owens. Neither resolution went through a committee and GOP legislators unanimously approved the honors. Only Republicans voted to send Osborne’s resolution to the committee.

That committee will not be meeting again this year, effectively killing the symbolic honor.

Responding on Twitter, the Brothers Osborne gently pointed out Faison’s hypocrisy in a tweet sent after the vote.

“We’ve lived in this state for over half of our lives,” the sent. “@JeremyFaison4TN honored Ben Shapiro who doesn’t even live here. Jeremy, let’s have lunch one day. On us. Would really like to know more about you as a person.”

Faison responded that he would contact the duo privately because he would be “honored to break bread with you.”

Grammy-winning singer Kacey Musgrave also expressed her disgust with the GOP legislators on Twitter, saying she is “massively disappointed in TN House Republicans for blocking my friend @TJOsborne for being honored because HE’S GAY!?”

Earlier this week, Tennessee Gov. Bill Lee (R) signed H.B. 529 to the governor’s desk shortly after the legislature passed it. The bill requires schools to notify parents if sexual orientation or gender identity are going to be mentioned in class 30 days in advance and gives parents the ability to opt their children out so that they don’t have to hear that LGBTQ people exist.