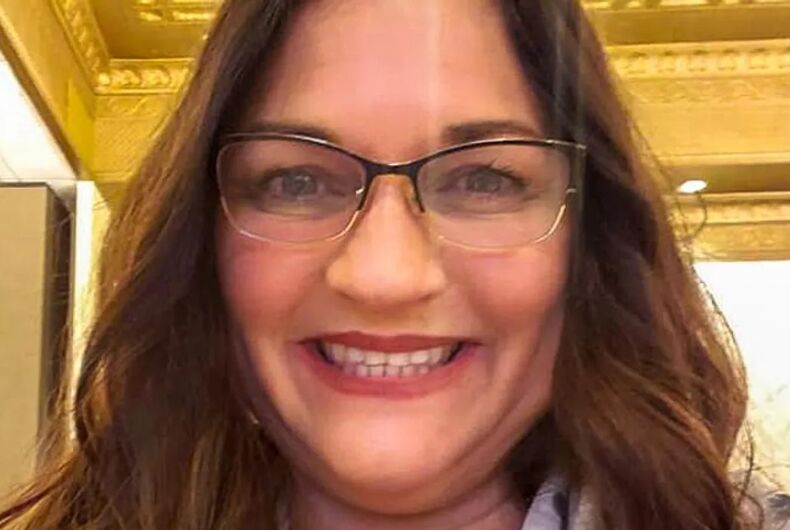 Martha Huckabay, the president of the Women’s Republican Club of New Orleans, unloaded on social media in defense of a state legislator who said schools ought to teach the “good” parts of the mass enslavement of African people. Amazingly, her vociferous defense was even more blindingly racist than state Rep. Ray Garofalo’s (R) original comment.

Garofalo came under fire after saying Louisiana schools should teach “about everything dealing with slavery, the good, the bad, the ugly.”

Huckabay was incensed about an interview state Rep. Stephanie Hilferty (R) did with CNN about Garofalo’s comments. Huckabay decried Hilferty as a “RINO” (Republican In Name Only) for condemning the comments.

“Did generations of beautiful LIFE come from those who were sold into slavery, from Africa, and sold by Africans, make America the beautiful DIVERS culture it is today?” she continued.

“Was it true that some slaves never wanted to leave theIr plantation because it had become their home? Were some slaves treated with love and respect by their masters?”

Huckabay goes on to accuse Hilferty of being “indoctrinated by leftis marxisum education.”

Her Facebook feed is mostly filled with QAnon and COVID vaccine conspiracy theories. She even shared a bizarre video of a man jumping that somehow proved that trans women shouldn’t be allowed to compete in sports.

Huckabay believes that “critical race theory” is being taught in grade schools, which she denounced on Facebook as well. It is not.

Posted by Citizens for a New Louisiana on Saturday, May 1, 2021