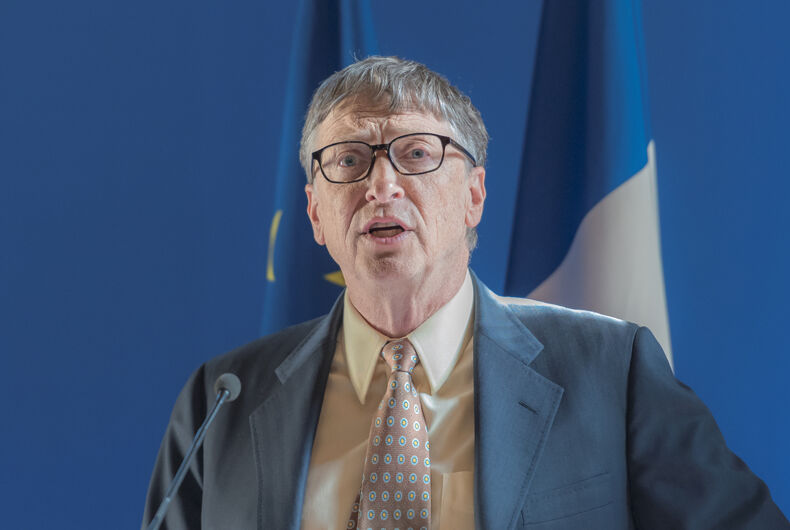 Bill and Melinda Gates have been the target of conspiracy theories for years now, but the QAnon phenomenon has amped up the hysteria tenfold.

Now that the ultra-wealthy couple announced they will divorce, the latest far-right chatter is that Melinda Gates has been replaced with a male clone. The couple is getting divorced because Melinda Gates is secretly a man, they say.

The “rich and powerful woman is actually a man” trope has become common among GOP extremists lately. Michelle Obama was also subject to similar allegations.

QAnon believers claim that the Gates have also secretly inserted tracking technology into COVID vaccines and that 5G cellular technology is dangerous. Neither is true.

It has become a popular joke on social media for someone who has just had their vaccine shot to claim their 5G reception improved.

Another common claim from the QAnon crowd is that vaccines are “contagious” or they will “rewrite” DNA. Neither of those claims is true either. Nor is their belief that lizard people have infiltrated the government or that a cabal of rich and powerful people run a cannibalistic child trafficking ring as part of a deal made with the alien lizards.

If you want to know what QAnon's thoughts on Bill and Melinda Gates getting a divorce is, it's all about the transphobia. pic.twitter.com/MBnmpS7ymE

Because I know you're curious, and no, I'm not screenshotting any of it, the QAnon take on Bill and Melinda Gates splitting up is either that she's already been replaced by a male clone, it's a strategy to protect his money after he's arrested, or she's leaving him for Fauci.

Are we sure, to a medical degree, that @melindagates is not a man?