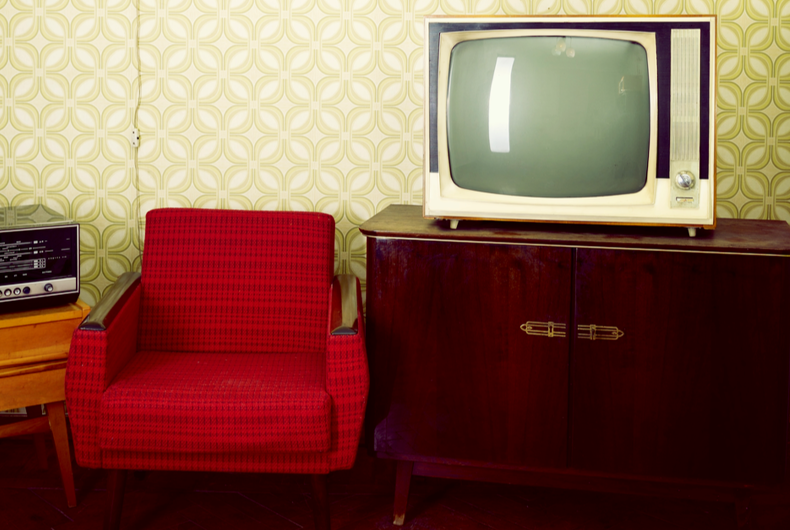 In the 1970s there were intermittent items in Houston, Texas mainstream media about Anne Mayes, who almost got an anti-crossdressing ordinance challenge in front of the U.S. Supreme Court in 1974.

There also was the Edie Stokes episode of The Jeffersons, which, despite being a sitcom, demonstrated that not all trans people are white. And the Nikki episode of Westside Medical. And there also was Canary Conn making an appearance on a local Houston news program.

And then there was another edition of a local Houston news program from 1976 – the sports segment in particular.  It happened to be on a station other than the one that had Canary as a guest, but it easily could have been the same one; it just wasn’t.

The lead story was about a trans woman athlete making big waves nationally.  The specifics of what those waves were and who was taking what side regarding them are not as important as the impact the waves had when crashing onto the shore of one living room in the cookie-cutter suburban hellscape of Houston.

The story ran. I said nothing. The same cannot be said for the other person who was in the living room at the time: my father.

Even after Alzheimer’s turns my brain to mush I’ll remember with excruciating clarity what my father said should become of trans women – and not just the ones who might happen to be athletes.

I had no doubt then and I have none four and a half decades later that he would have demonstrated such on me had I given any indication whatsoever that I had far more desire to transition than to be what he thought he had the right to force me to be.

The fear that I walked away from that evening with didn’t make me any closer to growing into a clone of him – with the exception of a heavy drinking problem that drowned most of the 1980s for me.  Translated: It just delayed the inevitable.

There’s no perfect path to transition for any of us.  Even trans people who begin the process so overly privileged that there is no practical way for them to avoid publicly pontificating in ways that forever demonstrate that they have no clue as to how life in the real world works for 99+% of trans people.

And yet cluelessness about how the majority of your own kind subsist doesn’t make one inherently evil.

We’re all different.  We all make mistakes – some more than others.  But life goes on. Transition is legitimate.

Incidentally… The trans woman at the center of the remembrance in this column is Renee Richards. I would be tempted to write a column about some other trans person who made news on the athletic front in 1976.

But, in all honesty, I cannot think of another one who is worthy of my time.